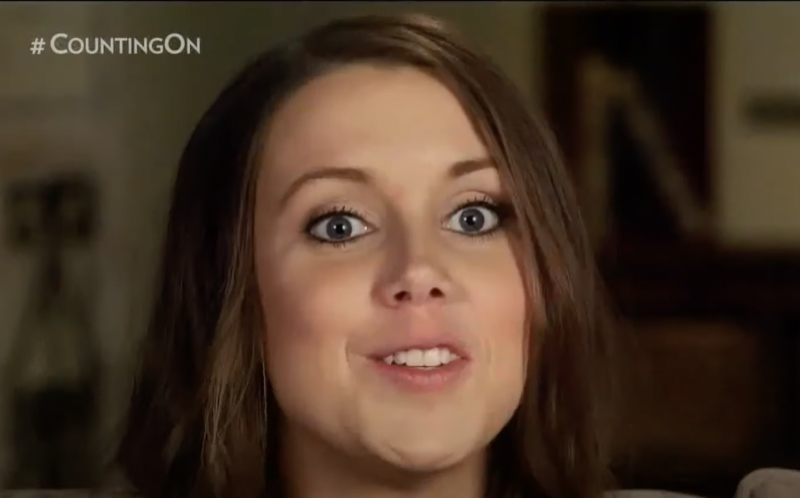 Counting On spoilers and updates tease that Anna Duggar is reportedly uncertain about the future of her marriage with her convicted husband, Josh Duggar. Fans know that he’s been found guilty of child pornography last month.

Anna’s husband is currently in custody after the jury passed a guilty verdict for his child pornography charges. With Josh currently in prison, Anna has no choice but to take care of their seven kids on her own.

A source told InTouch Weekly that Anna is “not certain about her future” with her disgraced husband.

The source added that Ann is “doing everything she possibly can to make sense of this living nightmare.”

According to The Sun, Anna is unable to see Josh until his scheduled sentencing in court. She can’t be in the same building and COVID has stopped all visits through the jail lobby kiosk. There’s no date yet but the sentencing is expected to take place four months after the verdict was passed.

The only way for her to communicate with Josh is through email or video calls, and this has been confirmed by the Washington County Detention Center in Arkansas. Video calls cost $0.25 per minute while emails cost $5 per each.

She still hopes that everything will work out in the end and continues to pray for her husband ahead of his sentencing.

“Josh’s troubles may have splintered the family into taking sides,” the insider said.

Despite all these, many of them continue to support Anna.

Anna seems to be taking a break from the Duggars and spending more time with her own family. She may be distancing herself from the family of her husband but the insider said that she’s still talking to Michelle and some of her sisters-in-law.