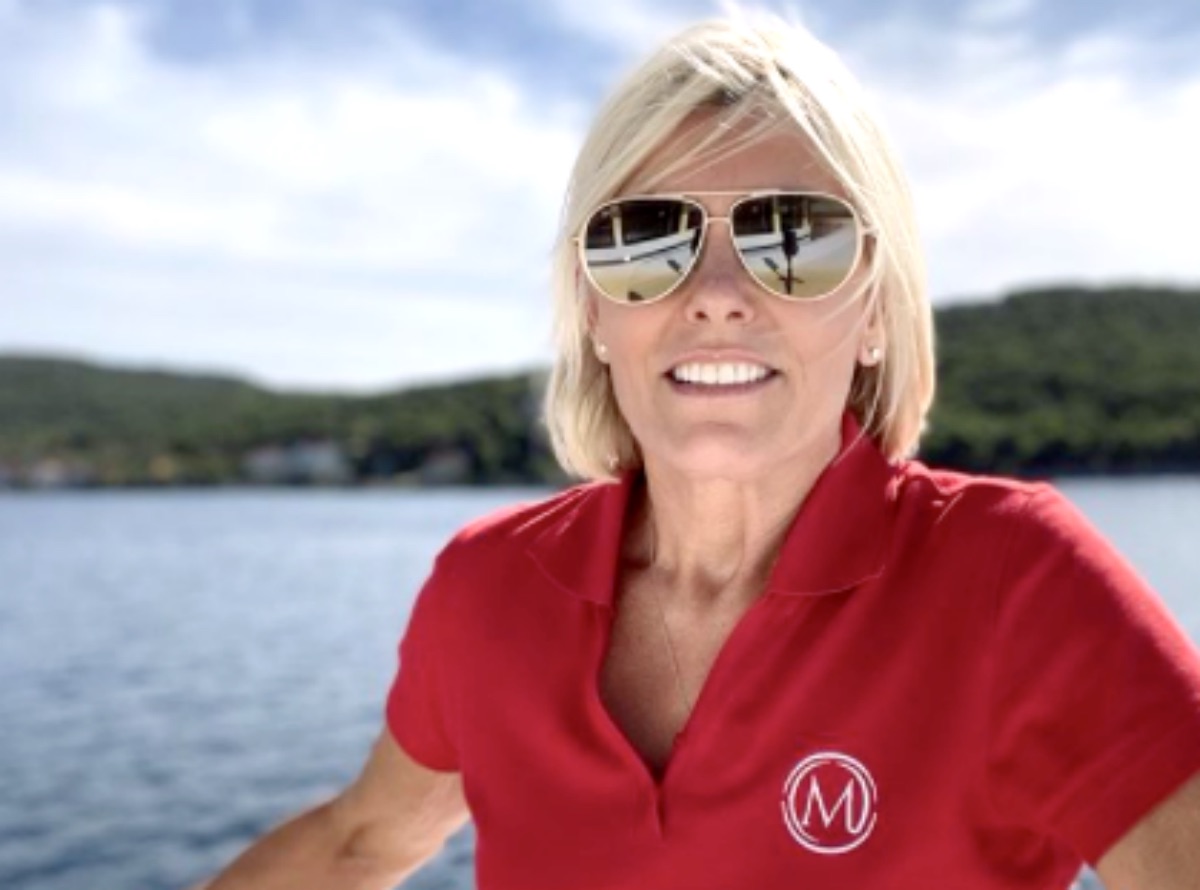 Below Deck Med star Captain Sandy Yawn shared that she lost someone close to her last week. Devastated, she poured out her heart on Instagram. Her fans and many other Bravo cast members from the franchise reached out to comfort her. It seems a terrible pity, as later last year, she seemed very happy.

Below Deck Med – Captain Sandy Yawn Lucky To Have Leah

Right now, Sandy is probably very grateful to have her partner Leah around. Grief is such a hard time, and everyone who experiences it can use a lot of love. Of course, she probably also turns to her beloved dogs for some cuddles. So, no, she didn’t lose a beloved pooch or Leah. In fact, she lost her brother. Fans don’t see him on the Bravo show, and she never mentioned his name in her Instagram post.

Below Deck Med fans know very little about Captain Sandy outside of the show. Of course, the LGBT crowd lauded her for coming out. But, apart from the fact that she was born in Fort Lauderdale, Florida, her family connections seem to be kept private. From the photo that Sandy shared, it looked like she grew up in a rural area, and her description of her childhood sounded idyllic.

Below Deck Med Captain Shares A Tribute To Her Brother

Taking to her Instagram, Sandy Yawn posted up a photo of two boys fighting outside a home. In her caption, she said, “Today I lost my brother @ 55 years young. My heart is hurting for our family, his children and his wife.” Then she talked about the things they did together when they were kids.

The Below Deck Med star spoke about riding horses with her brother. They explored the forests on horseback, and also pretended to play at adventures like “Huckleberry Fin & Tom Sawyer.” Sandy’s brother seemed like a nice person, as she explained, “He was a gentle soul, so kind and generous. I’m so glad we reunited after many years of not seeing each other.” Next, she described him as being full of “happiness and joy.”

Below Deck Med fans and colleagues of Sandy Yawn told her they felt very “sorry” for her loss. Captain Lee also posted up, saying, “I have no words that will ease your pain, I’m just sorry you have to go thru this. 😢”

Malia White also reached out to her boss, writing, “Sorry to hear this Cap. Thinking of you & your family ❤️.”

Sandy did not say how her brother died, and really, fans don’t need to know. It is sufficient for the day, that she lost someone that she clearly cared for very much.

Be sure to catch up on everything happening with the Bravo cast right now. Come back here often for more Below Deck Med spoilers, news, and updates.