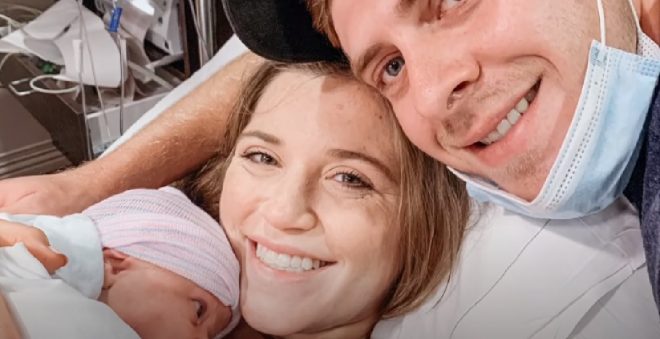 Joy-Anna Duggar has decided to take a break from social media in January after her brother Josh’s recent conviction, says she wants to “focus on family.”

Per The Sun, the 19 Kids and Counting alum took to her Instagram Stories to reveal her plans for the new year.

The 24-year-old Counting On veteran revealed that she would be taking a break from social media to spend time with her kids, Evelyn May, 1, and Gideon, 3, and her husband Austin Forsythe, 28.

In the post, the reality TV star explained that she wanted to take the month of January to “refocus, re prioritize and spend some quality time” with her family. According to The Sun, the mother of two hoped to “set the tone for the whole year” and get 2022 started “off right.”

She added that she planned to “do some fun activities” with her two kids. The video clip began with the reality tv star expressing her excitement about her decision to start the new year off this way, “excited about getting off social media and doing lots of activities with our kids.”

The 19 Kids and Counting star also thanked her fans, saying, “Thank you for being here for us and for always checking up on us.”

Fans may recall that Joy-Anna recently revealed a little more of her world to fans by showing them a little about her homeschooling routine in an Instagram Story she captioned, “Doing school! We normally sing the alphabet song, say our numbers, shapes, and colors.

Nothing too exciting, but just getting them familiar with it!”

She went on to add that “Gideon learned his shapes really quickly. He is still struggling with the others.”

After her brother Josh’s conviction Joy-Anna and her husband took to social media to tell the world and the victims, “Our hearts break for all CSAM [child sexual abuse material] victims. We are praying for Anna and her children.”

Even though the reality tv star agreed with the verdict and thanked all those who helped make it happen, the effects of social media comments and drama had to have been a strain on her and her family so it’s understandable that she would want to start the new year differently.

Continue to keep up with all things Duggar and return here regularly for more Duggar spoilers, news, and updates