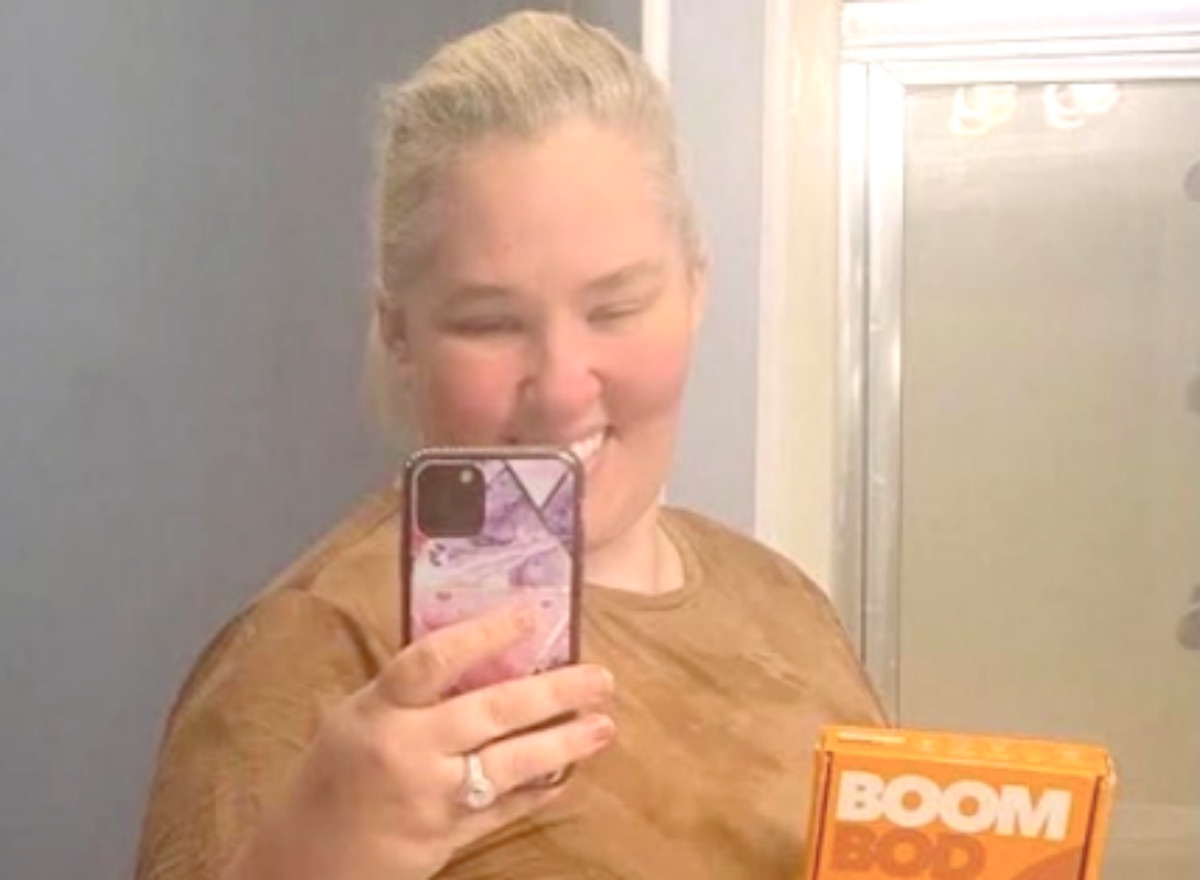 WEtv’s reality star Mama June Shannon has received flak from fans after she posted the supposed result of her weight loss challenge, promoting a product she claimed to be effective.

Mama June’s series in WETv documented her 300-lb weight loss for three seasons until the show was rebranded to “Mama June: From Not To Hot – Family Crisis” in season 4 and its latest “Mama June: Road to Redemption.” Although Mama June is currently off-screen, she updates her fans through social media, particularly on Instagram and TikTok.

On January 5, Mama June encouraged her fans to join her in her 7-day “resolution” to lose weight after celebrating the festive season and promoted a weight loss drink she claimed that is going to get her where she wants to be. 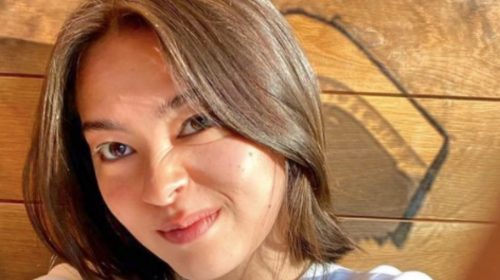 After a week, the 42-year-old reality star posted her weight loss result, but it wasn’t received well by WEtv viewers. Mama June posted a bathroom mirror selfie, flashing a big smile while holding a box of Boombod Weightloss Shot Drink, and showing her belly with her folded shirt up.

Mama June stated in the caption that she’s been using these shots for a while now and claimed that these shots have really helped her with her transformation. “Sticking with my @boombod program… and whenever I’m trying to get my cravings down these really do help! They keep me feeling full and snacking way less after dinner,” she wrote.

But fans made her a laughingstock, pointing out that she doesn’t look any different, as her photo proved. Many fans commented she should stop already and slammed her for promoting it since 2020 despite achieving no results.

“You need to exercise rather than drinking that crap! Stop trying for an easy solution,” a fan commented. “Don’t look like they’re helping,” another one said. Fans who have also tried the product voiced their concerns, and someone claimed she even “puked for hours” after trying some.

While the majority was against her promotion, there are still some who still supported Mama June, pointing out she transformed a lot since her “obese days” in the reality series. 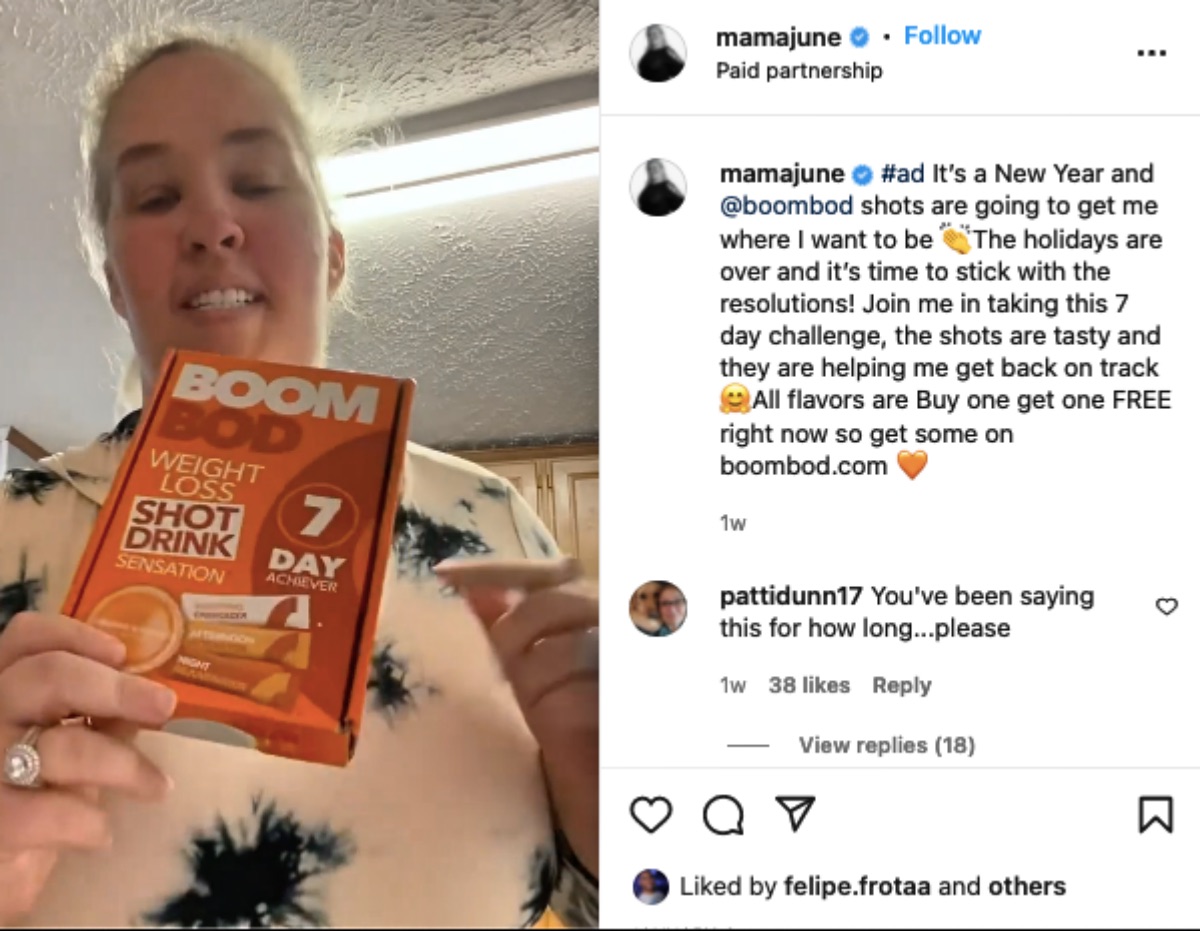 Although WEtv remains to be silent about Mama June’s renewal for another season, the reality star has given clues to her fans who are looking forward to seeing her again on their screens.

Mama June first hinted about the series’ season 6 after her appearance with daughter Alana “Honey Boo Boo” Thompson in “The Masked Singer.” After their elimination, the mother-daughter duo was interviewed by People, in which Alana talked about being inside the beach ball, and Mama June chimed in teasing that the cameras caught all the craziness inside, and outside the Beach Ball Mask.

“You’re going to be able to see all of our craziness that went behind the Beach Ball on our show this spring,” Mama June said.

Not only that but also Mama June answered a fan on TikTok in late December last year who asked her when is she going to “bless” her TV again. Mama June might have leaked season’s 6 premiere date when she responded: “March or April.”

If season 6 premieres in those months that Mama June revealed, fans want to see what has happened to the controversial matriarch, and her estranged daughters, Lauryn “Pumpkin”, Jessica “Chubbs”, Anna “Chickadee”, and Alana “Honey Boo Boo.”