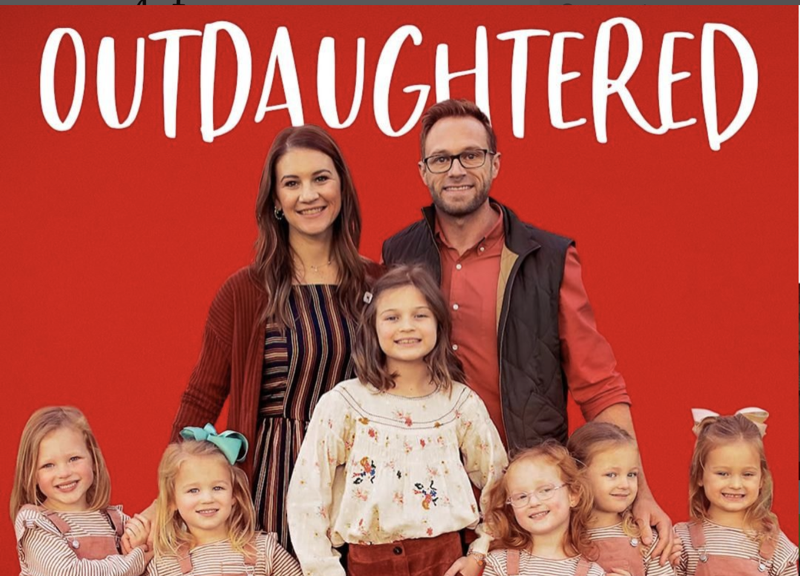 OutDaughtered dad Adam Busby only posted up one hint that the TLC show might return for Season 9. Actually, even that might not relate to the show and could refer to his own YouTube Channel, It’s A Buzzworld. Well, after countless requests for confirmation of a new season, fans grow bored with no news.

Folks grew so bored with no new season announcement, that pretty much the questions about it dwindled away to very few. News about the family still filters out, but it’s nothing riveting. For example, Dale Mills, AKA Uncle Dale posted something amusing on Danielle’s birthday. Then, Danielle made a big song and dance about a secret, which also seems boring now.

Recently, fans heard that OutDaughtered star Danielle Busby went for a business meeting about Graeson Bee. That was the big secret: They open a brick-and-mortar store. Well, did you know that a study by Jet2holidays established that business meetings rank in the top 40 most boring things to do? So, that news didn’t hold the attention of fans for long. All TLC fans really want is for someone to confirm that Season 9 comes along, and when.

When fans last saw the Busby family, it turned out that Danielle wasn’t about to deal with grim life-threatening news regarding her health, after all. Well, not much news comes about that story which took up most of Season 8. While Instagram posts are welcome, fans already know that Riley’s clever and precocious. They already know that Hazel’s cute, the twins look alike, and Parker Kate gets more self-confidence.

All fans of OutDaughtered really want right now is for TLC to tell them when to expect the new season. After all, it looks like a certainty that the show will return. So, why bother with all the secrecy? Then again, that sliver of fear cracks open now and then given that TLC has still not renewed The Little Couple. Bear in mind, fans last saw them in 2019!

According to Screenrant, IMDb didn’t have the OutDaughtered Busby family in the top ten most popular TLC shows in 2021.  Instead, fans preferred watching My Big Fat Fabulous Life, 90 Day Fiance, Welcome To Plathville, I Am Jazz and 1000-LB Sisters. Another show that seems surprisingly popular was My Feet Are Killing Me. Even Return To Amish featured on the list. And, Counting On remained popular until its final demise.

Hopefully, news about Season 9 comes along soon, as other shows come along that fans just love. Certainly, that seems to be the case for I Am Shauna Rae.