Where Is Destinee LaShaee From My 600-Lb Life Now?

My 600-Lb Life star Destinee LaShaee was the first transgender person on the TLC show. Originally born as a man named Michael, she wouldn’t find happiness. Depressed and stuck at home, she was motivated to lose weight because Dr. Now told her nobody could do her surgeries unless she dropped a lot of weight.  Well, in a year, fans saw that she shed 229 lbs. So, where is she now?

As Michael, the TLC star struggled during childhood as he ended up in the foster care system. At the age of 18, Michael came out and declared he was gay. However, his family didn’t take that news well. When fans met Destinaee in 2019, they heard that she had dumped her male gender identity at the age of 22. In the show, fans saw that she struggled with depression, and mental health issues dogged her. 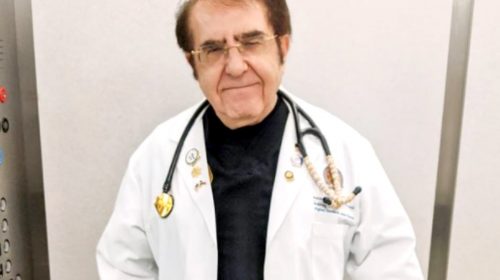 My 600-Lb Life fans heard that when her brother passed away, she felt really bad and she blamed herself. So, eating became a comfort to her. Also, she felt so down as she became more and more confined to her room. Literally, her companions were her mom and sister, So, she missed her friends. Destinee weighed 669 pounds but seemed at a loss as to how to lose it. Well, Dr, Now put her on the right track.

My 600-Lb Life Fans Inspired By Her Journey

By 2020, Destinee LaShaee was so determined to lose weight and stick with her goals that she moved to Houston from Los Angeles. These days, she is on Facebook and enjoys posting photos that motivate her. They also show that she lost a lot of weight. Plus, she often shares about her family members that passed away.

The My 600-Lb Life star often posts up things on social media, but she doesn’t always leave them up. However, people who visit her page, find that she seems outgoing and determined to enjoy life to the full.

One side issue for My 600-Lb Life stars is that when they successfully lose weight, they end up with too much skin. So, she scheduled her surgy to correct that. Destinee LaShaee also seems in a better place mentally, and she dealt with her depression about her brother Anthony.

The TLC star seems on good terms with her fellow castmate, Octavia Gahagans, according to Starcasm. In the photo above, you can see the two women together, both smiling their way through life. No wonder fans found inspiration in her story.

Be sure to catch up on everything happening with the TLC cast right now. Come back here often for more My 600-Lb Life spoilers, news, and updates.

Married At First Sight Spoilers: Chris Tells His Side Of The Story