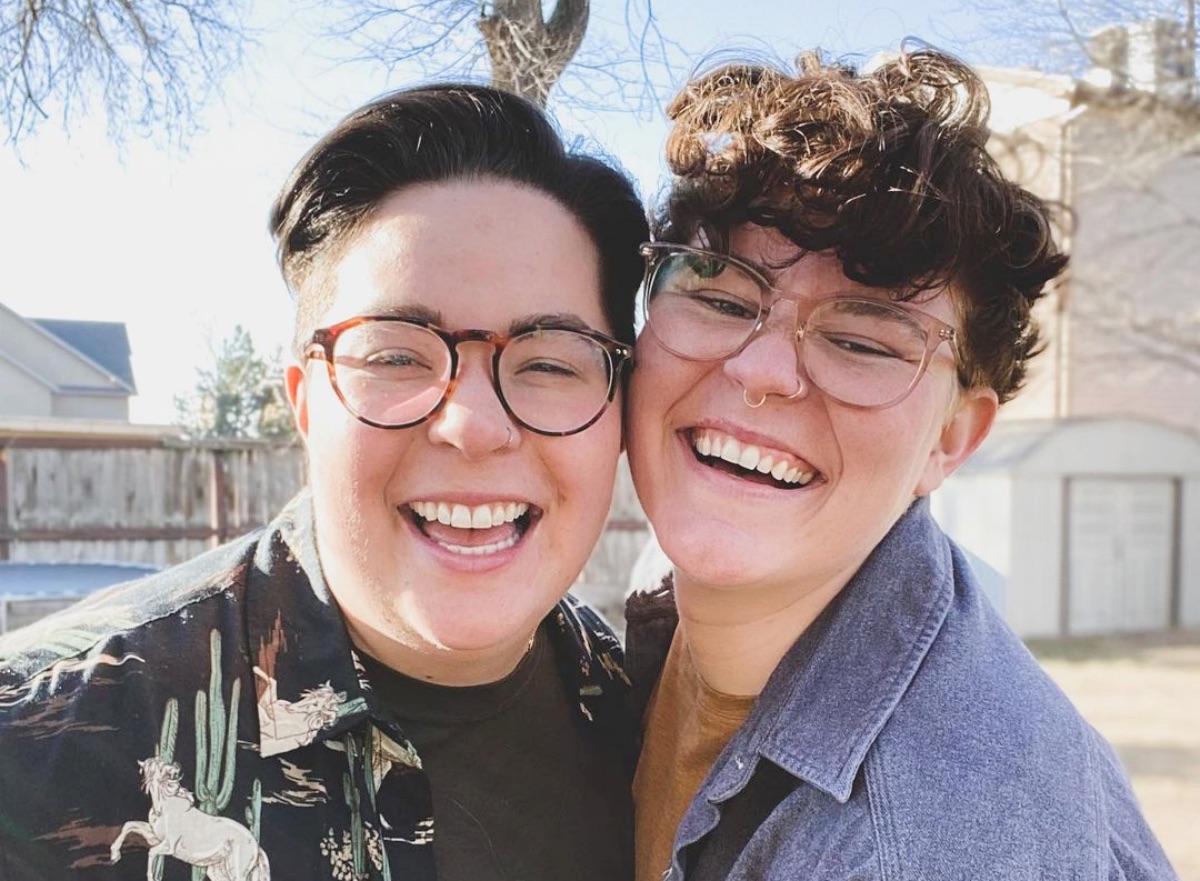 Sister Wives fans admire Mariah Brown and Audrey Kriss very much. Both of them came out, not just to their families, but also to many people who watch TLC. However, courage can be stressful and Audrey admitted this week, that she struggles with her mental health issues.

Recently, Audrey revealed that they decided to reveal their trans status. If you don’t know, Mariah’s fiance prefers to be titled as they or them. That is gender-neutral. However, the TV star admitted to taking on a masculine identity. Nowadays, TLC fans agree they look very handsome.

Sister Wives fans noticed that Mariah Brown definitely isn’t as active as she used to be on social media. These days, the couple live in Salt Lake City, Utah. There, Mariah works for Promise which keeps her busy and she also volunteered at a veterans’ home. So, it seems that more news comes via Audrey these days. On February 15, the reveal about mental health arrived.

Audrey took to her Instagram and shared a very nice looking photo of Mariah’s dog, Mosby. Smiling, and looking relaxed, fans heard that they really appreciates the little animal. As the graphic designer said, every photo opportunity is an opportunity to get some love from Mosby. In the comments, Audrey agreed with fans who said that dogs are simply the best.

However, one fan of Sister Wives asked if they always feel as happy as they look on social media. Well, Audrey admitted that quite often, depression comes along and happiness seems hard to find. Often, anxiety combined with depression makes the world feel like a very hard place.

A few months ago, Sister Wives star Meri Brown told her fans that she can’t begin to understand the pain that society sometimes brings with the intolerance to the LGBRQ+ community. However, she tries to help by totally supporting and accepting them and being there if they need a shoulder to lean on. Hopefully, on bad days Audrey can reach out for some understanding.

These days, society seems way more understanding than in years gone by. And, more often, love between the same genders is accepted. Unfortunately, many people still frown on it. Perhaps, when Audrey and Mariah have children, when they grow up, they won’t have to deal with mental health issues.

Check back with us often for everything happening with the TLC cast. Remember to come back here for more Sister Wives spoilers, news, and updates.