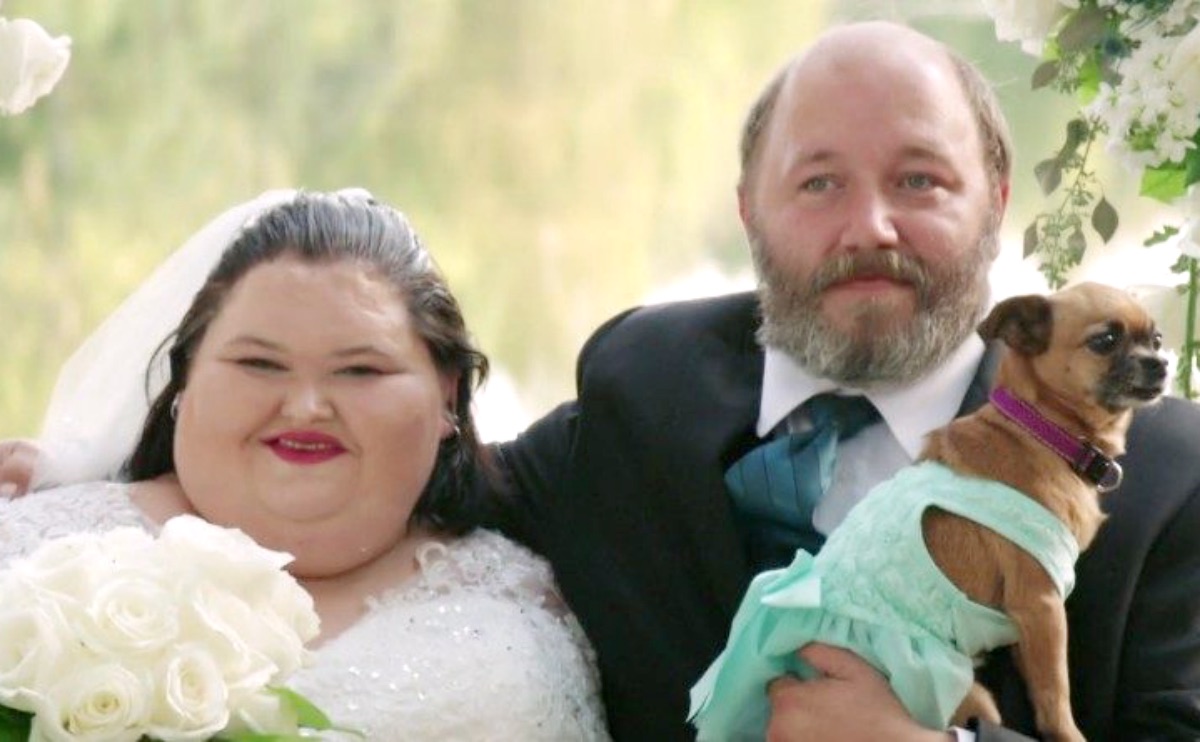 1000-LB Sisters fans know that Michael Halterman is the husband of Amy. Additionally, he’s the dad of little Gage. Well, there’s more to him than what fans see on the TLC show. This year, Amy shared a cute photo of them dressed up on their anniversary. Last year, she revealed that they went on a nice vacation. Of course, on each occasion, congrats went in. But who is Michael behind the scenes?

1000-LB Sisters – What We Know About Michael Halterman

Fans met Michael on the TLC show, and they found out that the couple had eloped back in June 2017. However, they later had a formal wedding in 2019 once fans had gotten to know them a bit. Interestingly, by Season 3, fans learned that he’s actually related to Amanda, the sister of Amy and Tammy.

Redditors figured out that she married Michael’s brother Jason and she is a half-sister to Amy and Tammy. TLC fans also heard that Amy didn’t rush into marriage with Michael and they made sure they felt the time was right when they did make their commitment to each other. These days, the couple awaits a second baby and Amy recently told her fans she’s doing well at 22-weeks along.

1000-LB Sisters fans seem very excited about a sibling for little Gage. However, Amy felt a bit disappointed as she hoped for a girl. In fact, she seemed a bit down when she and Micheal hosted their gender reveal. Well, hopefully, she falls in love with her baby. After all, it’s possible that another son might not be a mini-me of his dad!!

1000-LB Sisters – Amy Shares A Cute Photo On her Anniversary

On March 15, Amy took to her Instagram and posted the cute photo below. In her caption, she said, “Just wanted to take the time out and wish my wonderful husband a very happy wedding anniversary. I love you so much!!!” Well, in the comments, a  few people asked questions about Michael. So, not everyone knows everything there is to know.

If you don’t know, the 1000-LB Sisters husband is way more than just tolerant of his sister-in-law, Tammy. He also has a day job outside of the show and works as a mill operator at Shamrock Technologies. The Sun reported that he originated in Sturgis, Kentucky, and he has four siblings. Later, he relocated to Dixon after he graduated from “Union County High School”  in 2003.

In his spare time, the 1000-LB Sisters star enjoys playing games and he runs a streaming YouTube channel on the subject.

Be sure to catch up on everything happening with the TLC cast right now. Come back here often for more1000-LB Sisters spoilers, news, and updates.