Married At First Sight Spoilers: A Peek Into The S14 Finale 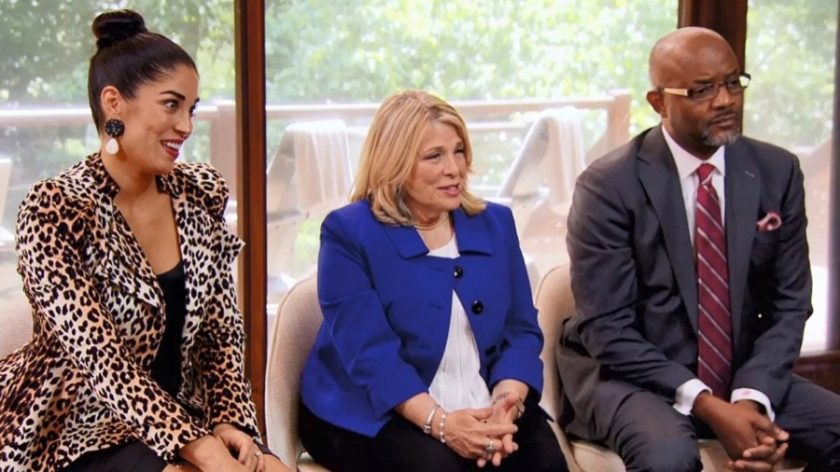 Married at First Sight spoilers and updates tease that season 14 has been filled with drama and a couple of villains. We are now past the halfway point and MAFS fans can already see the writing on the wall.

Ten strangers met their matches as they walked down the aisle to the alter in season 14. Alyssa Ellman with Chris Collette, Jasmina Outar with Michael Morency, Katina Goode with Olajuwon Dickerson, Lindsey Georgoulis with Mark Maher, Noi Phommasak with Steve Moy.

The finale episode, which is set to air in April, will be four of the couples on Decision Day. Alyssa, MAFS 14’s villain, despite her psychic confirming that she was a good person, drove Chris to beg Pastor Cal for a divorce when they got home from the honeymoon. So, MAFS fans will only see the fate of four couples on Decision Day.

Since arriving home from the honeymoon, tensions have been really high for all the couples. Lindsey and Mark knock heads a lot because he has trouble dealing with her lack of a filter when things don’t go her way. The two had a huge blowout at a bowling alley and Lindsey said a lot of horrible things about Mark, behind his back. When Mark sees the footage, there will be no coming back from this. Mark will eventually get tired of Alyssa’s behavior and start looking for the next Mrs. Mark the Shark.

Katina told Olajuwon that she was in a previous abusive relationship, so he moves forward and starts badgering her on the fact that she is not the “1950s” wife he was wanting. It is anyone’s guess how long Katina’s patience is going to last. Olajuwon is also a “reformed playboy and serial dater,” and we have seen before that the “reform” is usually short-lived, like with Johnny Lam and Ryan Ignasiak.

Michael may be suffering from PTSD from the death of his brother and he is trying so hard to live up to Jasmina’s expectations, but MAFS fans don’t think that anyone is able to meet her high expectations. It will be interesting to see if they can make it past Jasmina’s communication problems.

Noi and Steve look happy together and argue over silly things. They are truly the only couple that shows any promise at this point though. But, fans will recall that in season 13, Myrla and Gil were a hopeful match at Decision Day and that went south.

It is likely that at least one couple will say yes on Decision Day after that is all said and done, MAFS will most probably air two, 2-hour Reunion Specials which will show fans what the couples are up to a few months after D-Day like they have in the past. 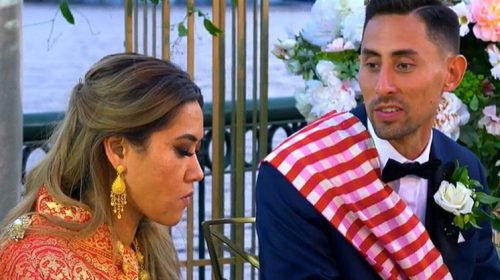 Married At First Sight Spoilers: Are Noi And Steve Really In Turmoil?

The Reunion show is the best of all episodes, this is where everyone finally tells it like it is, no holding back. We love Kevin Frazier as the host, but it would really bring the episodes up another notch if they would add Keisha Knight Pulliam, she is doing an amazing job on the After Party, where she is not afraid to ask the couples the questions that we all want to ask.