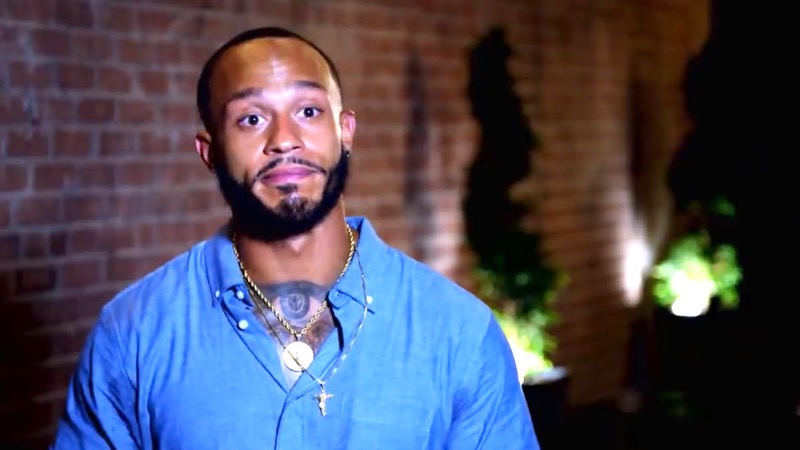 Married at First Sight spoilers and updates tease that five couples were matched on season 14 of MAFS and of the five, only one has any real possibility of making it past Decision Day. One couple that is on a fast track downhill is Katina Goode and Olajuwon Dickerson.

In the beginning, Olajuwon was love-bombing Katina, he created these romantic moments to make Katina happy. MAF fans would often hear him say proudly, “you’re my wife,” and “I’m your husband.” Then, things just crashed and burned. In a recent episode, viewers were shocked at the way he spoke to Katina, he is making the marriage all about him and what he wants, to hell with her. The red flags were there from the onset, Olajuwon was a self-admitted playboy and serial dater who swore that he turned over a new leaf and was ready for marriage – apparently not! Cooking and cleaning seem to be the biggest issues for Olajuwon, not trust, love, or compatibility. Was he expecting to get matched with Rosie the Robot? It was unbelievable the way he spoke to her in the episode, all because she didn’t sweep the floor after they had a housewarming. His tone, his entitlement was shocking. He lectured her and said “I sent her to bed and just cleaned up,” and “I don’t want to help her grow as an individual.” He took so many shots at her in one little instant during dinner. He was hurting her feelings and he did not back down.

Olajuwon and Katina start talking about past relationships and Katina told him that she has past trauma on how she was verbally abused by her ex and that is why she clams up. And, even as she bared her soul to him, he just ignored it and continued to badger her. Katina should sit down and write a list of everything she needs in a husband and give it to Olajuwon, seriously! She lost a lot of her personality already in being in this relationship for three weeks, it is time for the experts to intervene and give her the chance that Chris Collette had, to have a Decision Day early so they could end the misery that is their new marriages. 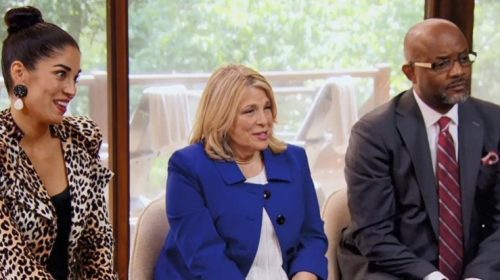 Married At First Sight Spoilers: A Shake Up On The Experts Panel

Katina deserves better. If she stays with Olajuwon her self-esteem will be worn down. Hopefully, she sees he is not the one and saves herself, says no on Decision Day or before.

Unexpected Season Five Spoilers: What To Expect From the New Season