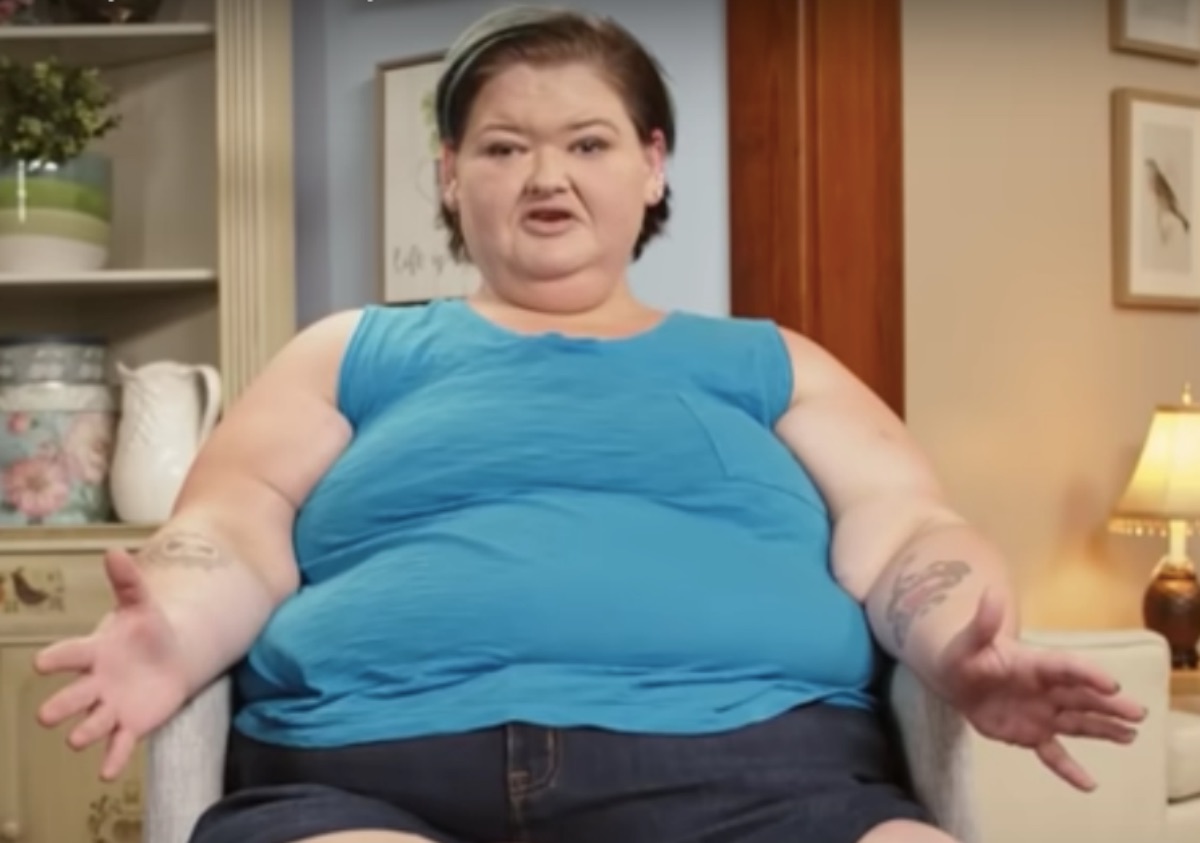 1000-Lb Sisters star Amy Halterman doesn’t seem like a complex person. In fact, she comes over as homely, and not all that controversial if you take her sister Tammy out of the picture. So, it’s quite possible that the next time she checks her Instagram posts, she might be shocked to discover that she sparked so much outrage.

TLC fans know that all Amy really wanted in her life was a husband, a decent home, and some kids. Well, she achieved each of those goals and now she expects a second child. So, it seems almost inconceivable that a massive fight would break out on her Instagram.

It came after she clearly just shared about her fun time with family members this week. Well, while she might be surprised at the heat her post generated, then she probably doesn’t understand the nature of cancel culture very well.

1000-Lb Sisters fans sometimes criticize Amy for letting her sister Tammy enslave her to her needs. Meanwhile, others criticize her because she wants to try and get a life after years of supporting her sister. However, it’s unusual for her to end up in a fight between fans about racist and social issues.

The politically incorrect crime that Amy Halterman perpetrated was going to a concert. However, a lot of people think that the name of the band is really offensive. So, a whole bunch of people said, “bye” and some folks claimed they unfollowed her. Then, others raged because someone thought to be a relative wore an old Trump 2020 cap.

Politics and social issues became the focus in the comments section of the post by 1000-Lb Sisters star Amy Halterman. Fortunately, it’s not a crime to attend a concert, and it’s not a crime if extended family members voted for Trump in 2020.

But, for the Libertarians in society, both of them are bad. The concert was by Confederate Railroad from Georgia and some people think the name is racist. Combined with the Trump hat, it was almost too much for some folks.

Fight Erupts In The Comments

1000-Lb Sisters fans started fighting amongst themselves over Amy Halterman’s post. Plenty of those people who felt there was nothing wrong with it clashed with those who felt offended.

One thing it does prove is that the USA really is a divided nation. Meanwhile, the message came across that some folks hope that TLC takes note of the post. Perhaps they hope to cancel Amy Halterman, who possibly didn’t even think of the possibility that she might offend people.

Perhaps she needs some education on what offends people in the USA, instead of just being slammed and dragged. What do you think? Sound off in the comments below.