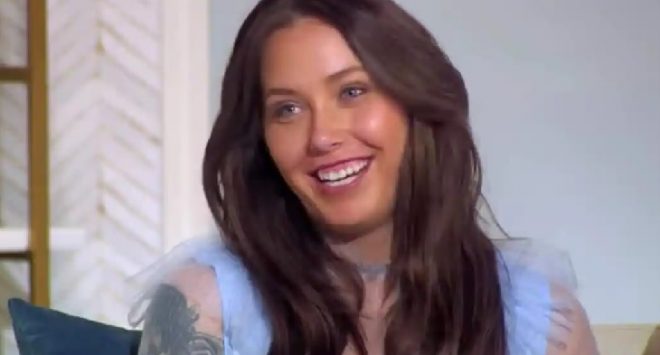 90 Day Fiance fans instantly loved little Taeyang when he arrived in the life of Deavan Clegg and Jihoon Lee. For a while, the couple sat as fan faves of the franchise. However, it all fell apart in Season 2 of The Other Way. This week, his mom shared a photo of the cute kid on his third birthday and as usual these days, he didn’t celebrate it with his dad or his Korean grandparents.

During the course of their time on the show, both Jihoon and Deavan found haters. However, there were also a lot of loyal fans who stepped up to try and stop any trolling. Detractors felt that Deavan had some kind of Asian fetish and critics also disapproved of her parenting. Meanwhile, others thought that Jihoon was irresponsible and immature. Nowadays, he simply confuses them.

Since the days of the popularity of 90 Day Fiance stars Deavan and Jihoon plenty of other cast members came along to love or hate. However, Deavan’s baby boy keeps fans returning to her Instagram. Recall, Jihoon tried unsuccessfully to fight for custody after she took her son away from Korea to the USA. There, she quickly became involved with a Korean American, Topher Park.

On Taeyang’s birthday this year, Deavan took to her Instagram and shared a very cute photo of her son. However, Jihoon didn’t mention him on his Instagram. Instead, a few days ago, he shared a photo of his puppy.

In the caption, 90 Day Fiance alum Deavan said, “Happy 3rd Birthday to my beautiful boy. We had an amazing day at the zoo with the family and finished it with some yummy cake 🎂 can’t believe you are already 3 😁 Well tomorrow 😀 celebrating one day early.”

90 Day Fiance fans gave up dissing Deavan about her son being taken from his dad a long time ago. So, nobody trolled her about Jihoon not seeing Taeyang. Jihoon’s a bit of a headscratcher these days as he only posts in Korean. That means hardly anyone can understand what he says.

One person did comment that Taeyang looks exactly like his dad, but the rest of the comments were Jihoon-free. One fan wrote, “Omg what a cutie…Happy Birthday 🎈🎂🎉,”

Similar comments followed like this one: “He is so cute and has gotten so big!!!”

Fans might never know what really happened between Deavan and Jihoon, but at least her son looks healthy and happy in the USA.

1000-Lb Sisters Fans Amazed By The Transformation Of Chris Combs