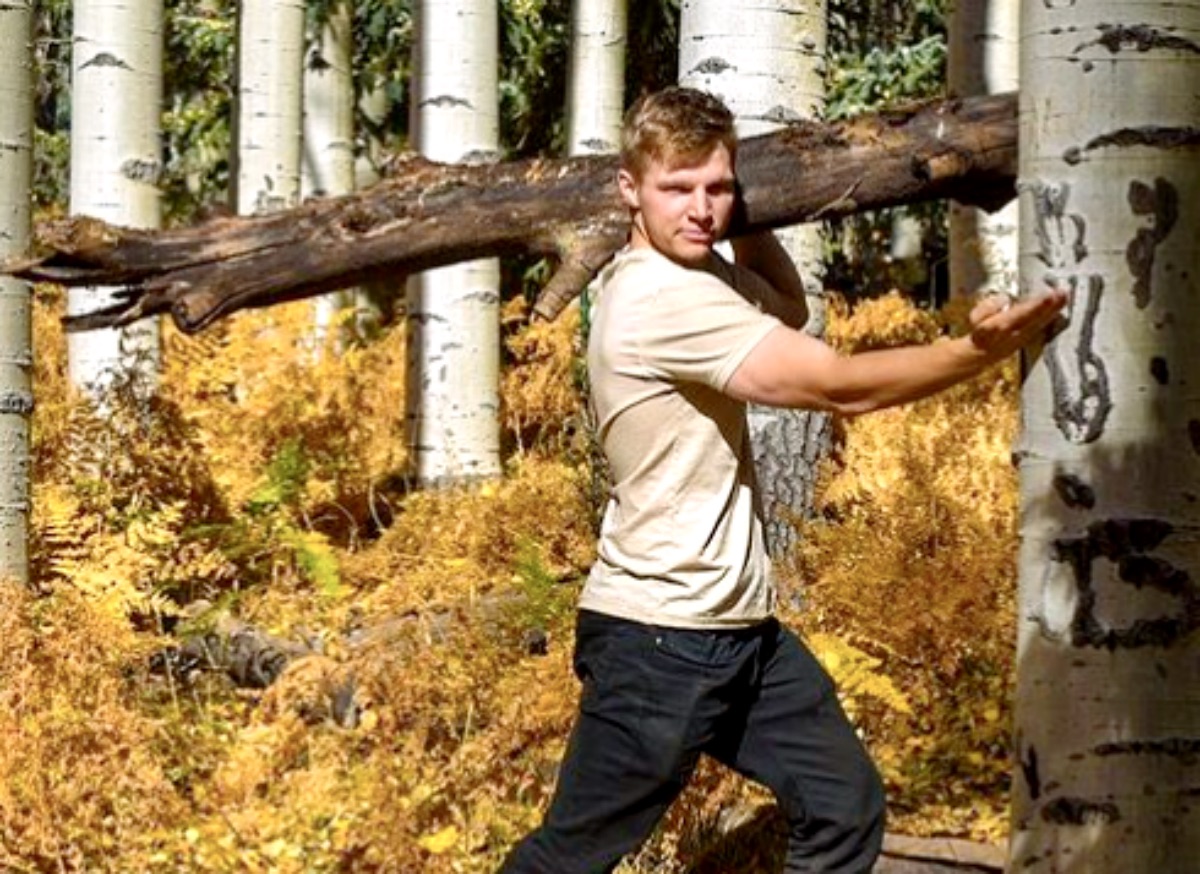 Sister Wives star Garrison Brown seemed to be in the background of Kody and Janelle’s life on TLC. However, in Season 16, he played quite a big part in the tension within the family. In fact, in Season 15, fans heard hints of clashes with Garrison’s dad as Janelle refused to make him stop going to work. Well, he’s not a baby anymore, but is he going to turn out to be just like his dad despite clashing with him?

Garrison was the fourth child born to Kody and Janelle. Their first son, Logan was followed by Hunter, Maddie, Garrison, Gabe, and Savanah. Born in 1988, that means that Garrison (AKA Robert) is now 24 years old. TLC fans like Garrison, as he stood up for his younger brother in season 16. Recall, Gabe and his dad clashed about the covid restrictions in the family.

This week, the Sister Wives star celebrated his birthday, and Janelle shared that he got an unusual gift for an adult. In fact, the entire family clubbed in and gave him a mega-Lego set. Mind you, he will probably enjoy the challenge of it, as his mom said he grew up when they were all the rage. TLC fans agreed that it’s a timeless sort of toy that people of any age can enjoy. However, he also does big boy things.

Garrison Brown was the subject of Janelle’s Instagram Stories on April 16. She shared a photo of a grill on the go. In her caption, she told her fans, “First attempt at grilling.” Perhaps Garrison got himself a new grill as it looked quite new.  Then she asked, “Is Garrison becoming his parents?”

The Sister Wives star recently bought himself a home, so the next part of the caption said, “They say it happens when you buy a house.” Finally, she wrote, “And just like that I became a forty year old man.” Of course, fans know that she’s just joking, and most of them fervently hope that Garrison doesn’t turn out to be just like his dad.

Kody Never Gets A break From Critics

Sister Wives fans love Garrison Brown but they don’t feel the same about his dad. Kody must be one of the most consistently disliked people on reality TV. Fans don’t like the way he treats his wives or his kids. So, when Christine Brown left him, fans just about cheered from the rooftops.

Additionally, Garrison once said that he would not choose a polygamous life, and according to The List, he doesn’t even belong to the same church as his dad these days.

Be sure to catch up on everything happening with the TLC right now. Come back here often for more Sister Wives spoilers, news, and updates.