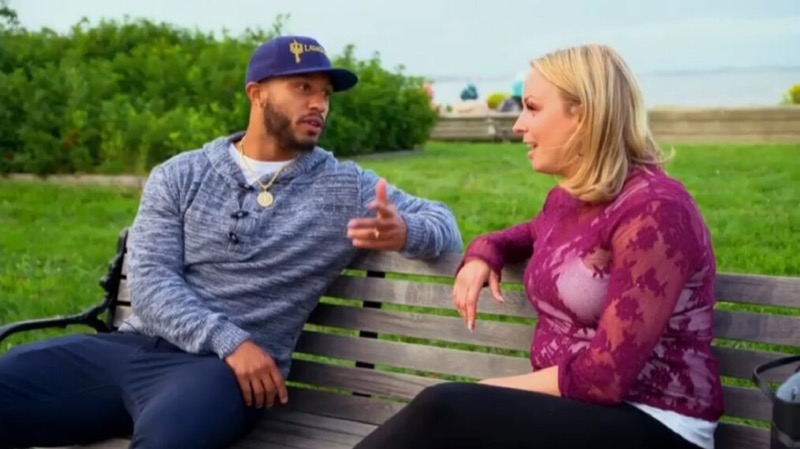 Married At First Sight spoilers and updates tease that Lindsey Georgoulis and Olajuwon Dickerson are an unlikely match, as friends that it is. They were both matched with others, Lindsey with Mark Maher and Olajuwon with Katina Goode.

On their way to Puerto Rico, there was already stress on the plane with Alyssa Ellman refusing to sit beside the man she was matched with, Chris Collette. And there was a lot of tension between Alyssa and Lindsey already after the bachelorette party, to the point that Alyssa blocked her on social media. If that wasn’t enough, Olajuwon and Lindsey had an altercation on the plane and a flight attendant supposedly had to tell Lindsey several times to be quiet, sit down in her seat, and put her mask back on. On one of the Afterparty episodes, Olajuwon said that Lindsey made a comment about his slippers looking cheap and he replied, “That doesn’t sit well with me. You don’t know me. You don’t judge anybody or make any comments.” Aside from that, Lindsey was trying to push all the couples to speak Spanish and that was frustrating to them. When exiting the plane, Lindsey allegedly said that she wanted to fight Olajuwon and that made his wife Katina very upset. Once at the hotel, it was Mark who calmed things down and cleaned up the mess that Lindsey made.

Now, a week before Decision Day and Olajuwon and Lindsey are meeting on a park bench to chat, it looks like they are now besties. Olajuwon went on about how Katina couldn’t cook and had a cushy job working from home. Lindsey actually picked up Katina and said that working from home was not easy and she has seen her cook for him. It was very surprising that the two could see their relationship more clearly after speaking to each other. What an odd unlikely pair, MAFS fans are really scratching their heads about these two, “I find their friendship extremely odd considering how things started the beginning of the season. Gave me vibes that there was something more going on…possibly…,” and “I hope this isn’t another Zach, Bao situation,” and “maybe he plays it up because he knows it bothers Katina.” 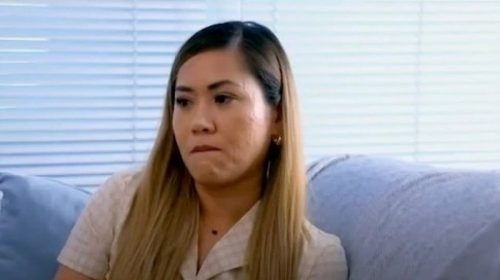 What do you think about Olajuwon and Lindsey’s friendship?