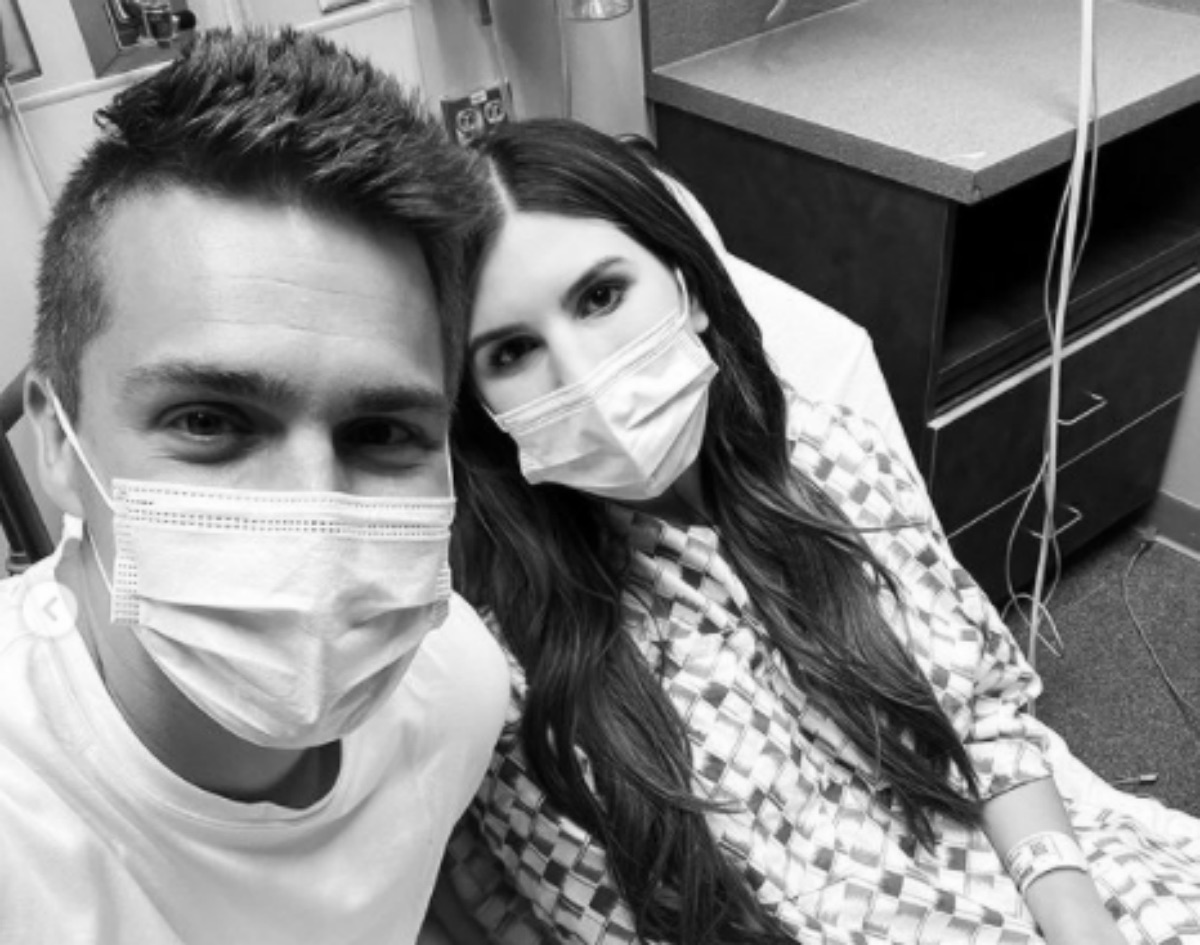 Bringing Up Bates updates seemed very alarming recently as Carlin Bates Stewart suffered from some scary seizures. Since then, she took to her Instagram Stories to update her fans. So, is she getting better already? Read on to find out the latest news about her health.

Bringing Up Bates – Carlin Went To The ER Many Times

When fans heard that Carlin suddenly started having seizures, the news came via the vlog that she and Evan run on YouTube. Additionally, she gave an update that revealed she seemed to have a grande-mal seizure. Fortunately, Evan’s dad was around at the time, so she didn’t hurt herself as she fell. A visit to the ER resulted in her being referred to both a cardiologist and a neurologist.

Bringing Up Bates fans might not know that a seizure might indicate a problem with the heart. Actually, it’s not uncommon in patients with heart failure. Still, they could be a symptom of other health issues. Obviously, fans fear for Carlin as she recently welcomed a new baby. Plus, she raises her cute little girl, Layla.

On Thursday, May 19, Carlin took to her Instagram Stories and updated fans on her health. Actually, she wears a heart monitor, and her little girl, Layla spotted it. So, she tried to help her daddy look after her mom. After talking about that, Carlin said they are currently staying in Nashville. Additionally, they try and avoid going into the ER.

Furthermore, they wait to see doctors for follow-up tests because of big backlogs. Hopefully, they will see a doctor by the weekend so they can return home.

The Bringing Up Bates star also mentioned that she felt well enough for an outing. So, they took Layla out for a drive and they purchased some snacks. Further on in her stories, the UPTV alum told her fans that Evan is always right there by her side watching over her. In fact, he hovers around, worried that she might pass out again and hurt herself.

Another Vlog In The Works

Bringing Up Bates fans probably don’t need to worry that the couple will keep her health condition a secret. In one slide, Carlin Bates Stewart said that Evan was busy working on the next YouTube vlog. In the caption, she talked about it coming out on Saturday this week.

Hopefully, by then, the couple will be more aware of what ails the young mom. Also, the tests might help to ease some of Carlin’s worries. After all, she described the situation as really “scary.”