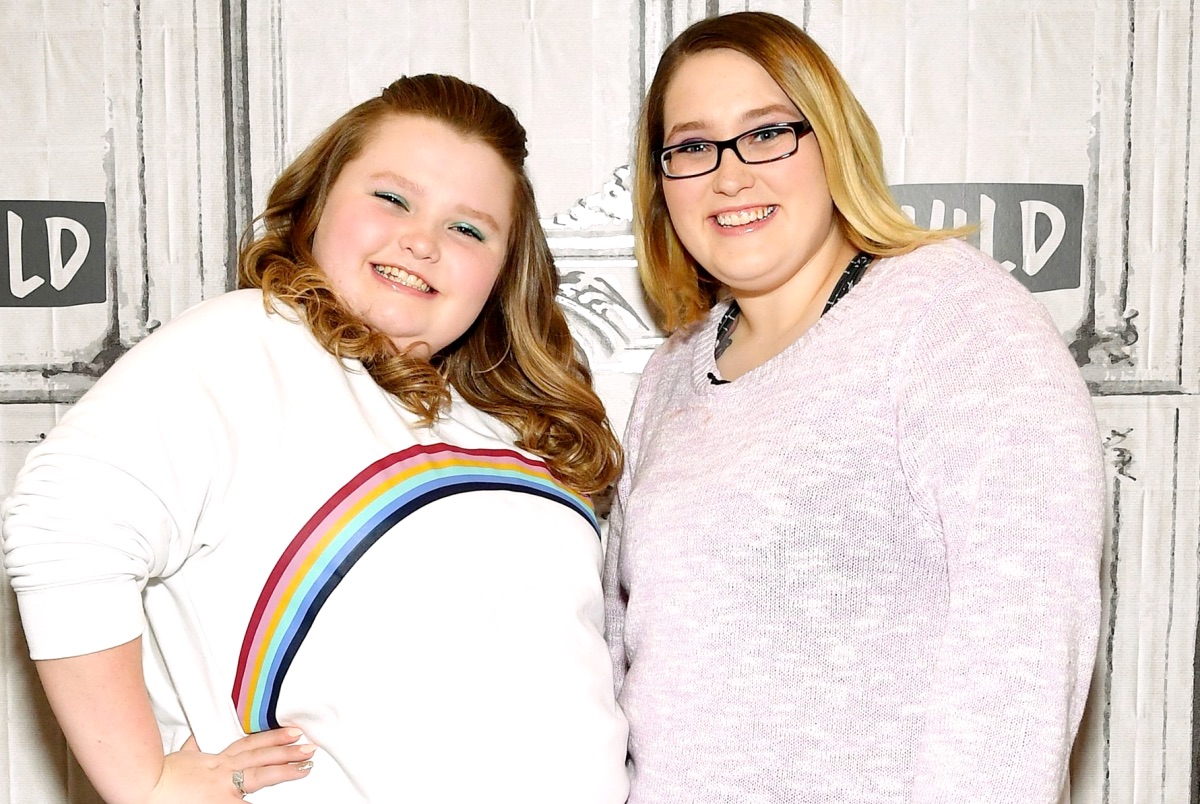 It’s that serious? What could make a mother not invite her children to her own wedding? A day which was supposed to be the happiest day of her life, without her children in it, how would it be?

Well, my questions came a little too late because Mama June Shannon is already married to the love of her life Justin Stroud and, just like others, we found out when we saw pictures flying around. The ceremony took place in a courthouse in Georgia.

Anyways, two of Mama June’s daughters are finally giving their thoughts on how they felt when they found out about the March ceremony.

“We didn’t know about it,” Lauryn “Pumpkin” Efird, 22, exclusively shared with E! News. “I actually got a receipt in my PO Box that said she had applied for a marriage certificate. Then I asked her about it just recently. She denied it. And then eventually she was like, ‘Oh, I got married’ and we were very, very shocked.” 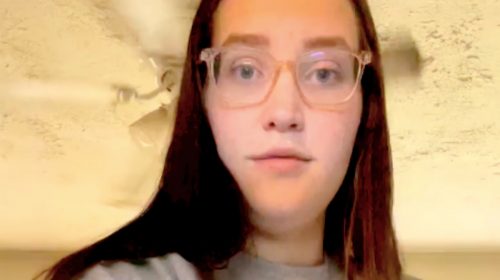 For Alana “Honey Boo Boo” Thompson, 16, wasn’t expecting her mom to remarry after experiencing heartbreak over the years including a public split from Mike “Sugar Bear” Thompson in September 2014. But as she told E! News, her mom has changed in recent years.

“It definitely did catch me by surprise because Mama was always one to say she would never get married,” Alana said. “But I mean, my mom now, she’s definitely different.”

Speaking about them not being invited to her mom’s special day, Pumpkin said, “If she feels like we don’t need to be a part of that, then it is what it is.” June, who has said her wedding to Justin was “so spur of the moment,” is also mom to Anna, 27, and Jessica, 25.

For one who has watched her mom struggle with so much addiction and also not being a good parent to her daughter Alana “Honey Boo Boo”, Lauryn ‘Pumpkin’ Shannon has every right to be mad at her mother Mama June for her constant negligence.

In an exclusive clip which ET obtained of Mama June: Road to Redemption, Lauryn “Pumpkin”, Lauren isn’t holding anything back nor was she mincing words when she vehemently refused to allow Mama June take Alana to live with Mama June and her boyfriend Justin.

Last month, Mama June lost the custody battle over Alana to Lauryn “Pumpkin” and Pumpkin has been in charge of taking care of her 16-year-old sister since then. Alana has been living with Pumpkin and her husband Joshua Efird. 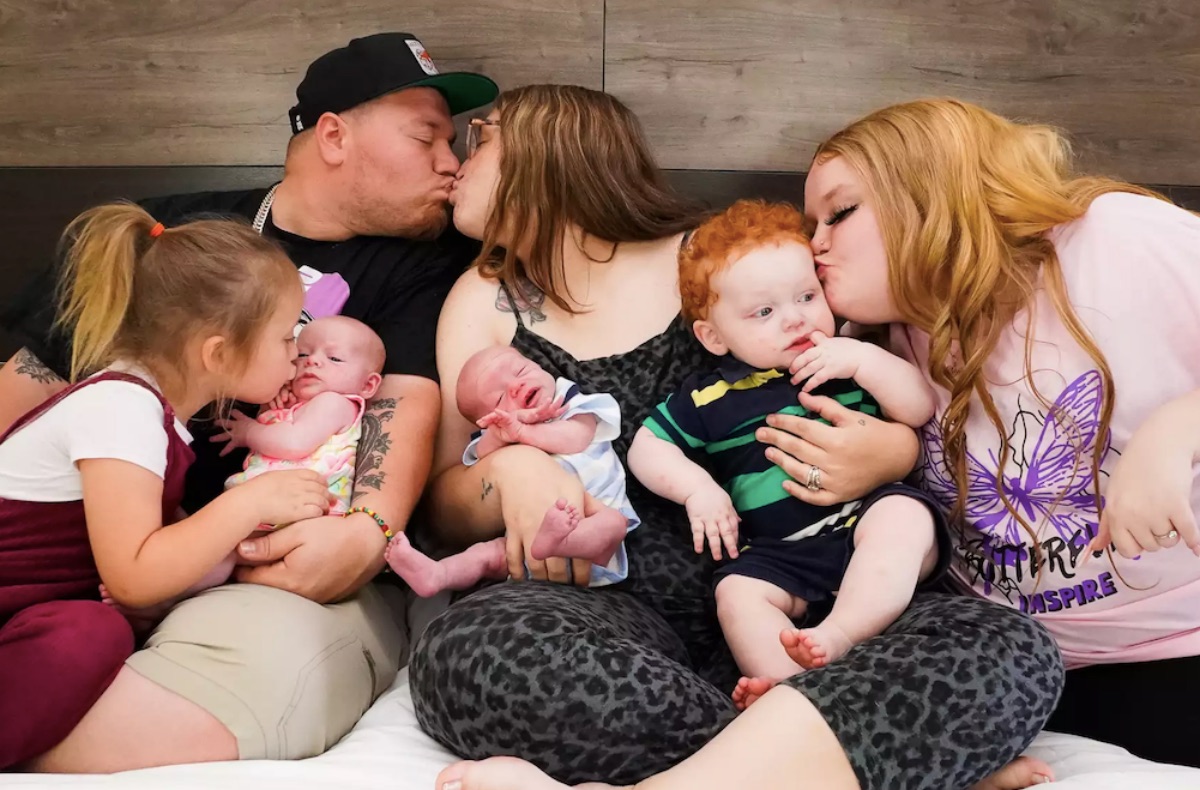 The one-and-a-half-minute clip begins with Pumpkin ranting to sister Jessica in a car about how June promised her things would be different, but she’s yet to see a change in her. “How the f*ck does she think I’m going to let Alana move over there and I don’t know that dude,” Pumpkin says to Jessica. “Either way, b*tch, she would never move in with you because you’ve made poor f*cking choices as a mother.”

Pumpkin then rattles off more reasons June should know Alana wouldn’t move back in with her. “You act like a f*cking 15-year-old who still wants to go out and party and blow money here and there on the most stupid f*cking sh*t,” she adds. “Like, you’ve wasted all this money, like, what about the [money] it takes to take care of Alana?”

In a confessional, Pumpkin shares her frustration that June has only mentioned Alana’s name when it comes to moving in with her. “How about ask how she’s doing, ask how she’s doing in school, ask her if she needs anything,” she says. “I mean mama may be sober now, but she’s still a selfish a**hole.”

Be sure to catch up on everything happening with Lauryn Pumpkin right now. Come back here often for all the Lauryn Pumpkin’s spoilers, news, and updates.

Chijioke Chukwuemeka is a creative content writer, who writes about entertainment news articles, fashion, pro wrestlings like the WWE & AEW. She's also a blogger, a book Reviewer and a soon to be editor. She loves to travel and meet new people, loves to watch cartoons and wrestling, and wishes more than anything in the world to become a WWE Superstar someday.

Married At First Sight Spoilers: Production Fails To Give Fans What They Want!