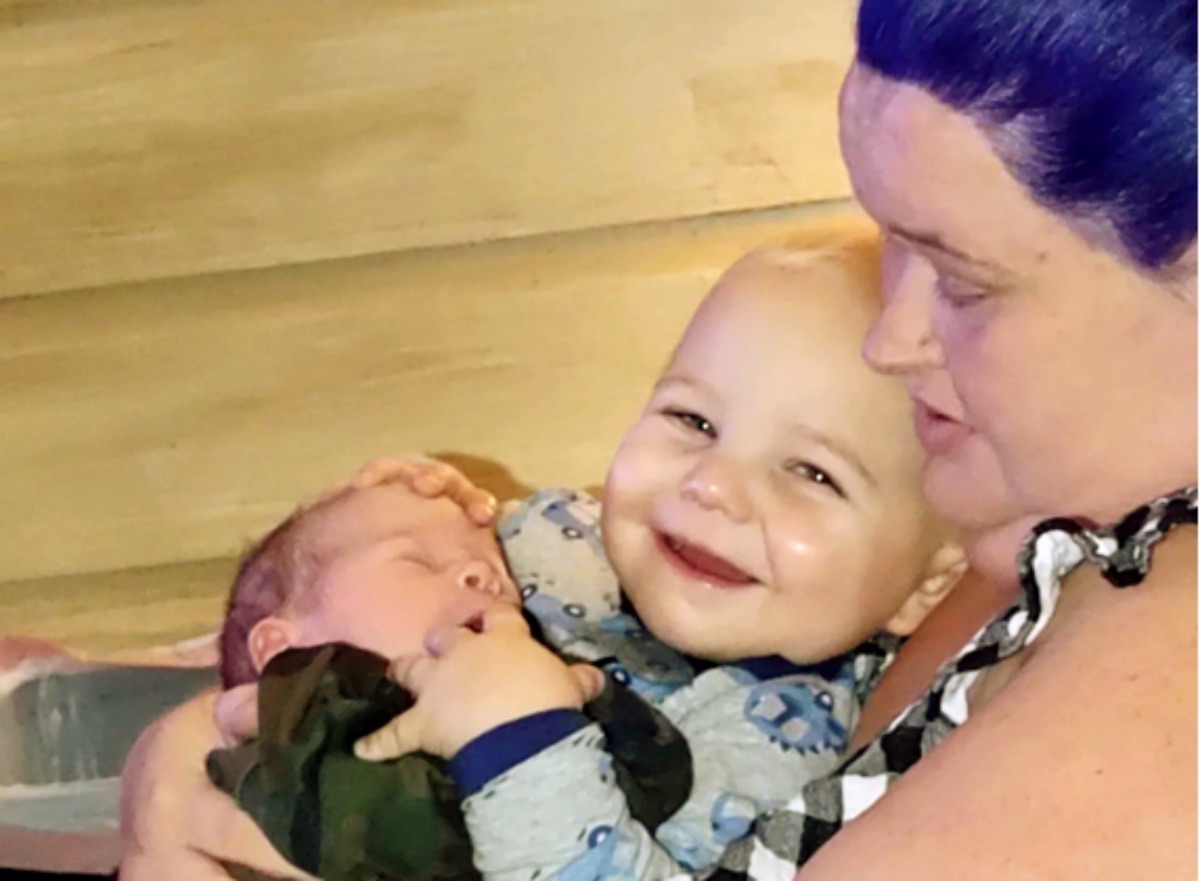 1000-Lb Sisters fans love it when Amy Halterman spruces herself up and goes a bit glam. Over the years they saw the TLC star with brown, almost black, blonde, and blonde with a bluish hair tinge. However, this time her hair looks slightly darker blue than in the past, and fans love it. Some of them think she channels blue because her second baby, Glenn is a little boy just like Gage.

Tammy Slaton’s sister seemed very disappointed when she and Michael did the gender reveal for their second child. Well, she always wanted a daughter. So, fans assured her that when her boy came along, she’d fall in love with him instantly. Fortunately, all went well, and on July 5, Glenn arrived safely after a C-section. 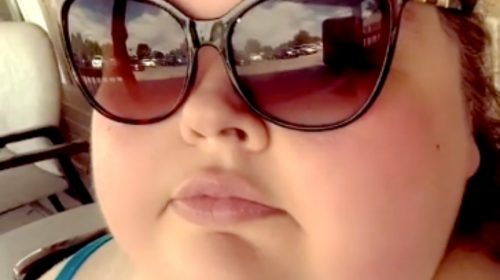 1000-Lb Sisters fans saw that Amy did indeed, fall in love with her new sibling for Gage. The news also arrived that for now, having a girl is on the back burner. She told her TLC fans that she had her tubes tied. That doesn’t mean she might never have another child, so one day, she might channel pink instead of blue with her hair color.

When Glenn arrived, one of the first photos that Amy shared revealed that her hair was silvery blue. Actually, she puts in a tint of bright blue now and then. However, newer photos of her reveal a slightly darker shade. Screenrant suggested that she opts for blue to honor her little boys.

At the end of July, 1000-Lb Sisters fans got a glimpse of the new darker shade and they thought the baby boy blue suited her. Many folks fell in love with the tender photo of the new mom cuddling Gage and Glenn in the same photo. Many fans think that Michael and Amy produce the most “beautiful” kids.”

Hopefully, Fans Will See More Of Amy’s Boys On The Show

1000-Lb Sisters fans heard some disturbing speculation that Amy Halterman might not appear in a new season of the show. When TLC premiered 1000-Lb Best Friends, many people feared that neither Tammy Slaton nor her sister would return. So far, Tammy hinted at filming. But, Amy stayed quiet.

Certainly, it seems unthinkable that Amy might not appear in a new season. After all, she remains popular and fans really want to see more of Gage and Glenn in the show.

What are your thoughts about Amy seeming to channel baby boy blue hair in honor of her sons? Do you agree that it looks good on her? Sound off in the comments below.

Be sure to catch up on everything happening with the TLC cast right now. Come back here often for more 1000 Lb Sisters spoilers, news, and updates.