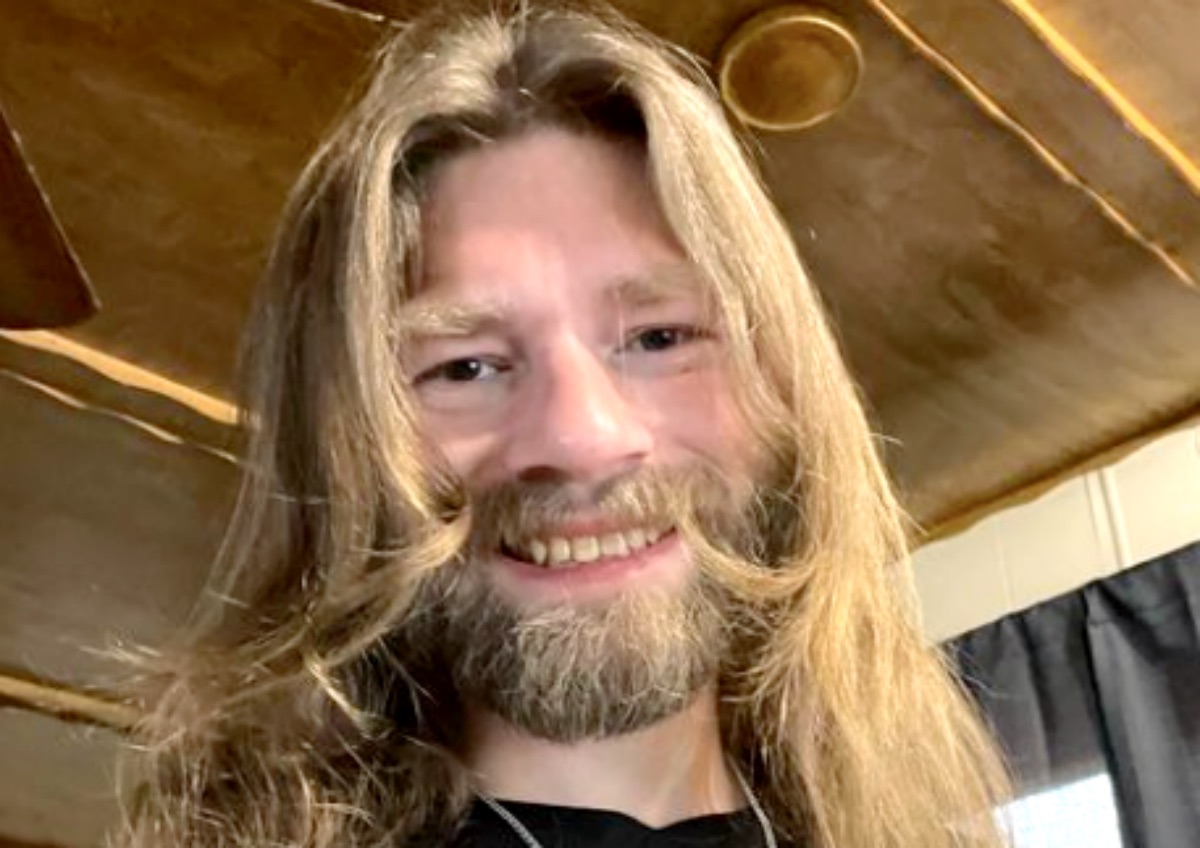 Alaskan Bush People spoilers and updates tease that Bear Brown has opened up about his experience when his family received the cold shoulder when they tried to purchase land in Alaska. The reality TV star took to Instagram to slam those who were unhospitable to them.

In an Instagram post, Bear wrote that the article he read made him sad to know that some Alaskans have fallen so far off. He recalled his childhood years while growing up in the bush of Alaska. The people there were in for peace and freedom.

“Real Alaska[n]s don’t judge people on how they live or what they wear. Alaskans had honor and integrity! To judge, condemn, insult and hate goes against everything Alaska stands for!” Bear said. 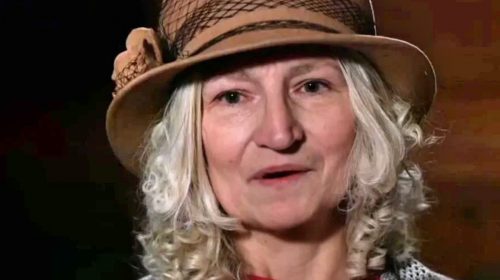 The Browns Get Cold Shoulder

A previous report by Alaska Public Media shared that the Browns were given the cold shoulder when they tried to look for land in the Southeast community of Petersburg. Some locals didn’t welcome them as new neighbors, and one of them was Mark Hofstad.

Hofstad said that the Browns were non-residents trying to portray themselves as Alaskans. He added that the family is making them all “look like a bunch of frickin’ morons.”

He mentioned Mark Hofstad and said that he would never survive in the real bush of Alaska. He added that people like him go against the freedom that true Alaska stands for.

He described them as “rude, judgemental and a straight-up jerk.” Bear noted that Alaska isn’t like that. Alaska is about freedom to live free, and the true Alaskan way doesn’t include people trying to take others down so they can feel better about themselves. 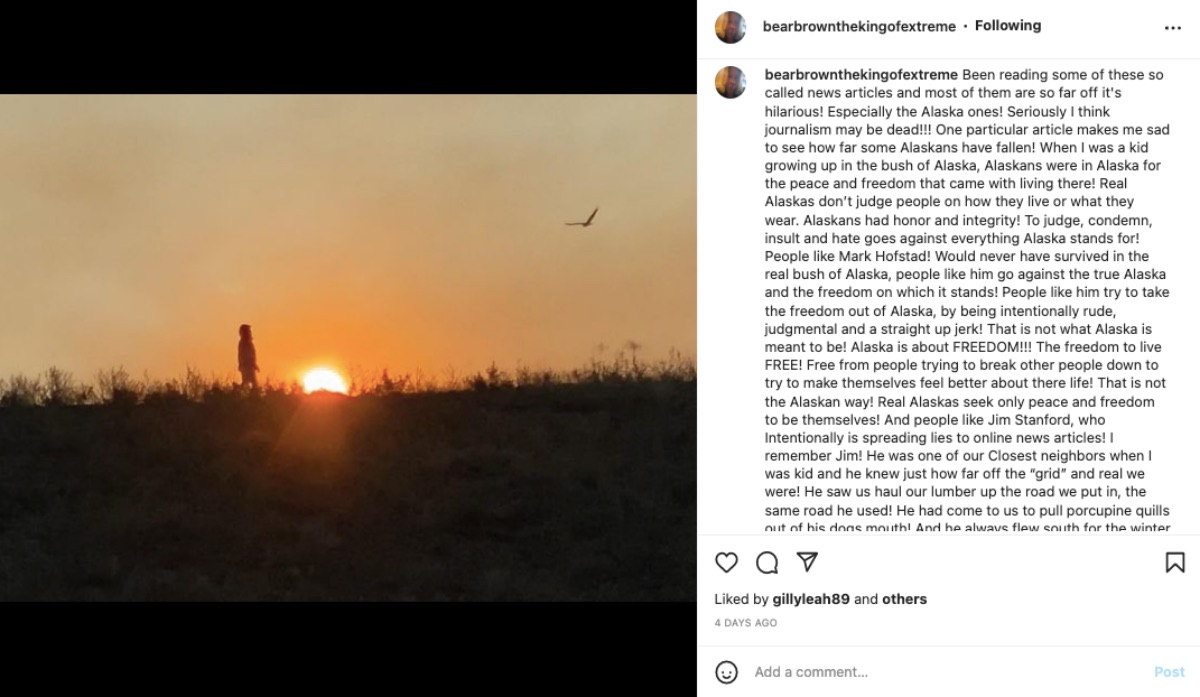 Bear also had something to say about Jim Stanford. He called him out for spreading lies intentionally in the media. He denied Stanford’s claims that he and his family are not true Alaskan Bush people.

Bear wrote that he knew Jim as one of their close neighbors when he was a kid. He was one of the people who knew just how far off the grid the Browns were. He admitted that it’s hurtful when people he once thought were their friends would sell them out for five minutes of fame. He added that he’s ashamed of people like Hofstad and Stanford and said that their actions are not the way of real Alaskans.