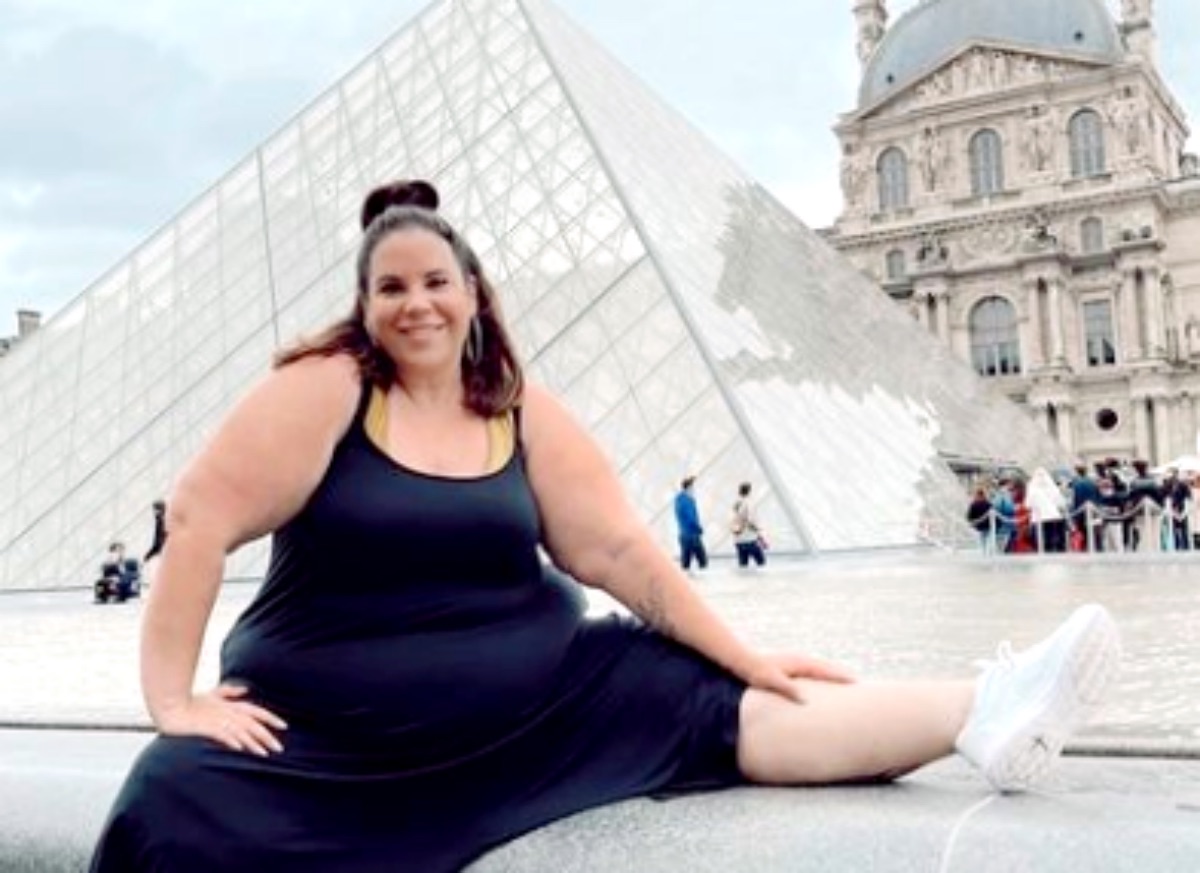 My Big Fat Fabulous Life spoilers reveal that there are fans who believe that they know who Whitney Way Thore’s French boyfriend is. With the new season upon us, more and more theories are coming out that he isn’t hiding his identity as well as he thinks he is. These fans who think they know him have started posting on Reddit about his identity.

For years, fans of the show felt that Whitney had been scripting her relationships. When she got engaged, many fans felt that her relationship was all for the show and they weren’t at all surprised when her fiance, at the time, told her that during the pandemic, he cheated on her and got this woman pregnant. 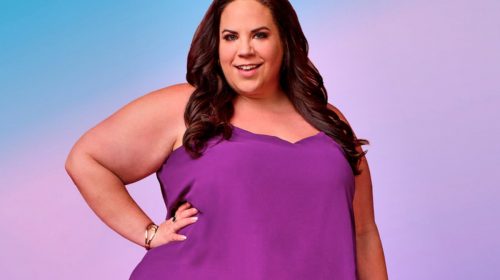 It was almost as if they all saw it coming. Now that she is dating this mysterious French man, some fans are starting to think that it is all for the show again. Whitney has told her fans that he wants to keep his identity a big secret and that is why his face is always blurred out in her pictures and on the show.

There was a scene when Whitney was on FaceTime with him and we could see his first name on the screen. When Reddit users looked up this man, they saw that he is reportedly a rapper or used to be one. His name is Nails and one Reddit user posted that they took a screenshot of his YouTube channel, but shortly after this account got more hits, the account went private. This really had Reddit users scratching their heads. Why would he go private unless he had something to hide? 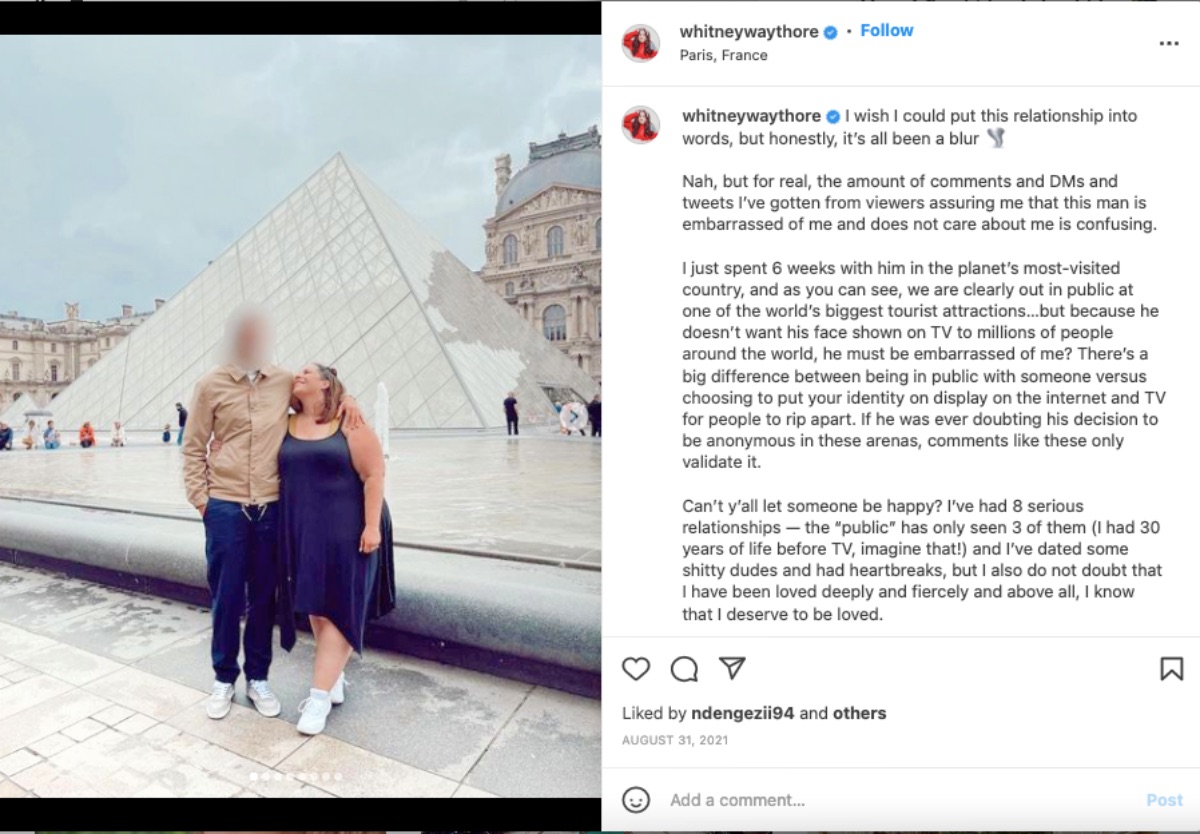 They Are Still Dating

According to Whitney, she is still dating the Frenchman and they are going strong. She has spent weeks with him in France, but we are not sure if he has been to visit her in the states. Many viewers hope that we will get a chance to see them together on the show, but for now, we will just have to wait and see if he does appear in the new season.