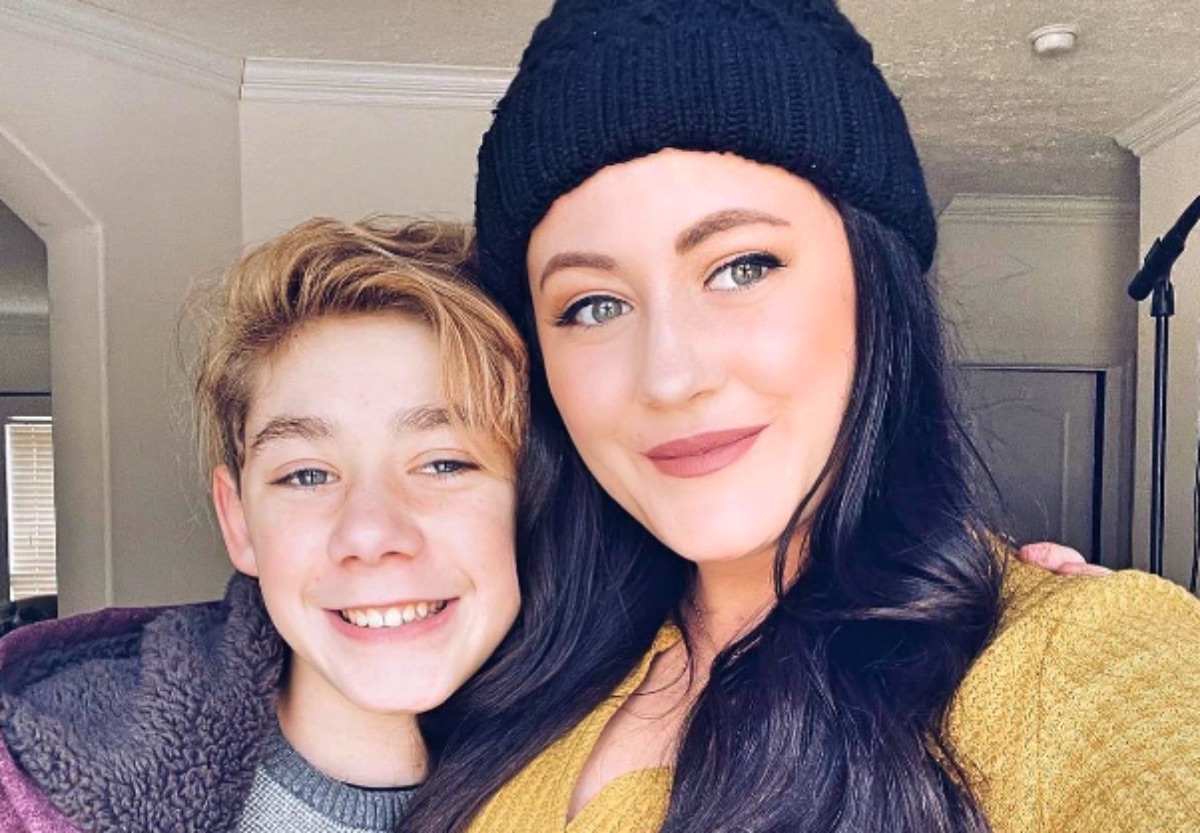 Teen Mom fans often see red when it comes to Jenelle Evans and her parenting skills.  The MTV alum seldom reacts to them, but critics have a lot of fun bashing her on Reddit. This weekend, accusations of dire danger came when she shared a photo of her son Kaiser.

Jenelle Evans seldom responds to critics who forecast terrible things happening to her kids. Jace survived, and so did Ensley. Mind you, she did respond to critics who claimed that she put her daughter into a desperately dangerous situation. That came when Ensley rode her bike around on the lawn back at home on “The Land.” Helicopter mom-style comments came in because she didn’t wear her helmet.

More recently, Teen Mom critics slapped at the former MTV star because she took the kids up on Beacon’s Trail. The Fourth of July post revealed that kids posed with David Eason overlooking the wilderness. So, a  lot of people were afraid the kids might fall over the cliffs. Well, this weekend, the critics took out their knives and slammed her for endangering her son Kaiser.

On the weekend, Jenelle Evans took to her Instagram Stories and shared a photo of he daughter filtered to look as if she wore makeup. But, the photo of Kaiser took the most bashing. In her post, it showed her son with a candle in his ear. Her caption noted, “Ear candles,” adding, “he begged me to do this.” Redditors got ahold of it and shredded the MTV star.

Teen Mom follower, u/Emmy-LouSugarbean captioned the screenshot with, “Do you think Jenelle is not aware that ear candles are ineffective and very dangerous? Or that she just doesn’t care?”  Well, in fairness to the MTV star, some folks never thought of any risks associated with the holistic practice.

Those Teen Mom commenters who had heard of risks knifed Jenelle Evans hard. One of them wrote, “|I get trying something like this to get your child relief but for the love of God, don’t stand back & hold camera to capture moment. but be the one holding it safely & near water just in case.”

More folks worried that Kaiser might set himself on fire. A similar comment read, “What gets me … is that she has NO barrier between his flesh and the flame.” So, the critic noted, “I always had a bowl of water ready on the side to cut the burnt muslin into.”

The commenter clearly thinks it’s not a question of Jenelle not caring, but opined, “She has no idea what she’s doing. Period. I hate that holistic health is trending bc of fools like her.”

What are your thoughts? Do you think that critics made a fuss over nothing? Or did you also see red? Sound off in the comments below.