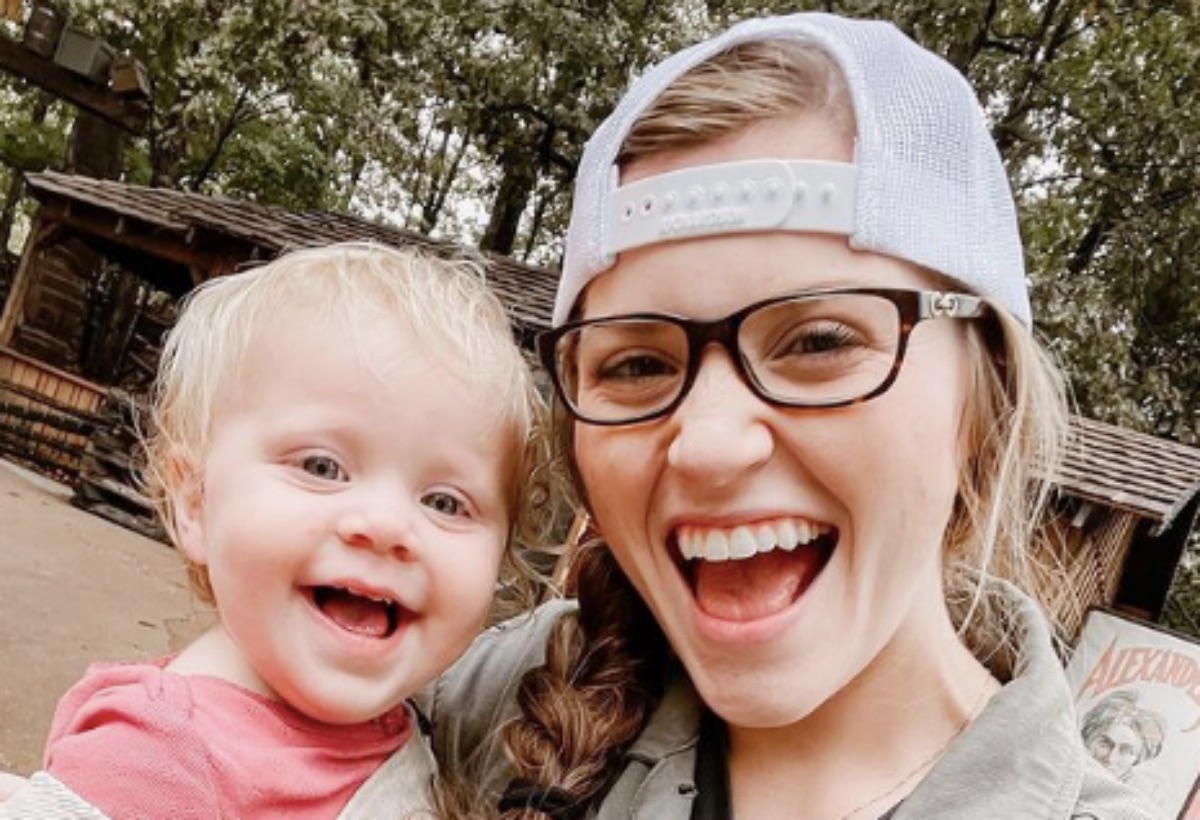 Counting On alum Joy-Anna Forsyth found popularity with fans of the TLC show. After all, as a young teen, she behaved a bit outside of her dad, Jim Bob’s rules. And, fans adore any Duggar family daughter who does that. Well, now she proved that she has the heart of a lion. This weekend, she flew solo with her kids Gideon and Eve.

Counting On – Joy-Anna Forsyth Was Absent From Social Media

For a while, TLC fans didn’t see the tomboyish wife of Austin Forsyth. But, she returned to social media with a video that showed the progress of the RV that they refurbished together. No doubt, she was right in the thick of it, drilling and hammering and painting. Certainly, the mom of two isn’t afraid to get her hands dirty!

The Counting On star took a flight over the weekend. Not like her older brother John David who is a pilot, but as a passenger. Often, fans see John David Duggar flying around to climatic disasters. But, she did show that she has courage because she flew on an airline solo with two little kids. Any parent can tell you, that it can be a time of tension.

After all, parents are always aware that other passengers might not appreciate a hysterical kid in a confined space.

Joy-Anna Forsyth took to her Instagram on August 27 and shared a photo of herself with Gideon and her daughter. Standing outside an airport, they beamed for the camera. Perhaps Carlin Bates took the photo. In her caption, the former TLC star said, “First time flying by myself with both kids and they aced it!💯.”

Clearly, the kids were as good as gold on the plane. The Duggar family daughter also said, “They both sat quiet, watched movies and we only had 4 potty runs!😅 I am loving this stage and their ages!💝.” Finally, the Counting On alum talked about visiting her friend in Tennessee, where she’s “having the best time.”

Counting On fans admired Joy-Anna Forsyth for taking the solo run to be with her friend. One of them commented, “❤️❤️❤️❤️❤️glad you got to spend some time w yr bestie for life!”

Jill, Dillard also arrived in the comments, saying, “Awe! Yay! Gideon and his little glasses are so cute!! 🥰”

Actually, fans also noticed his eyeglasses, and a lot of people think he looks “adorable “ wearing them.

Meanwhile, Carlin said, “You are amazing 🥳 This has been the best weekend! 💕.”

Hopefully, the kids are relaxed on the flight home, as well.

90 Day Fiance: Are Ari and Biniyam Still Together?