Married At First Sight 15 Spoilers: Cruel Intentions – Wrong On So Many Levels 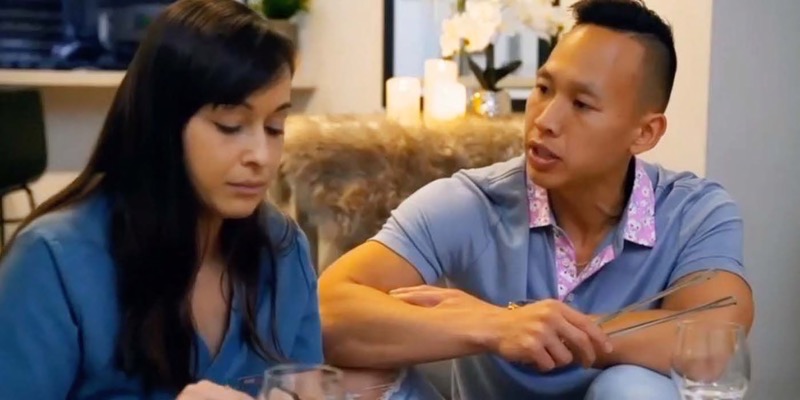 Married At First Sight spoilers and updates tease that MAFS the way Morgan Bell is treating Binh Trinh is wrong on so many levels.

Yes, Binh understood about her nursing degree and confided in a friend, but who doesn’t? He was married like two days and she kept going on about his breaking her trust, but trust is earned, they are just getting to know each other. He said she was sorry, and she wouldn’t forgive him. She then belittled and embarrassed him in front of the other couples, telling them what he did. Two wrongs don’t make a right. She comes off as a fighter, and that is ok. But there are times you fight, and other times where you just make peace and move on. Morgan is clearly unable to do that.

Morgan keeps saying that Binh betrayed her. He confided in Justin Hall, one of the other husbands, people do that when they feel they can’t talk to their partner and she does not come off as someone who is approachable. Morgan found out that Binh spoke to Justin because his wife, Morgan Bell ran to Morgan and told her everything. The problem here is not Binh speaking to Justin, it is Morgan betraying her husband by running back to Morgan when she knew he was confiding in her husband.

Morgan tells Binh not to speak to the other couples about them, yet she talks to them about him. She wants to have her cake and eat it too.

Binh bought Morgan flowers and tried to make up with her, he has apologized so much that it really is time to stop. Morgan threw the flowers to the ground, she is constantly looking to argue or fight, and the way she carried herself is very telling.

Each season the experts give the couples an exercise, to write a letter to their younger selves and share it with their new spouses.

Morgan manipulates Bing by going over to the apartment and making him think that she is going to participate, only to have him read his letter and then refuse to participate in the exercise. That was really cruel, he shared intimate details about himself with her when she had no intention of doing the same.

MAFS fans have had it with the way Morgan has treated Binh, “If she were more secure in herself, she wouldn’t have made such a big deal about Binh “venting” to Justin. What big thing could he possibly have revealed? They all just met! Let the man talk to his buddy for the support! And Alexis had no business meddling!” and “she’s utterly disturbing. And I hope the ramifications of her abuse show up in her life,” and “why are we overlooking that Morgan talks about him behind his back with all of the other wives? The hypocrisy is hard to watch. She’s worse than he is.” 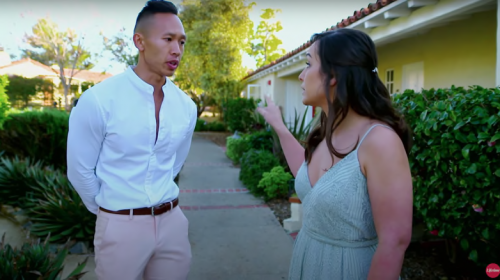 Married At First Sight: MAFS Fans Want Binh To Dump Morgan Like Chris Did To Alyssa

And probably one of the best comments from a Redditor, “the main difference I see between Alyssa and Morgan is that Morgan is OPENLY hostile towards Bihn. Alyssa made it clear from the beginning that she didn’t want anything to do with Chris and avoided him.”