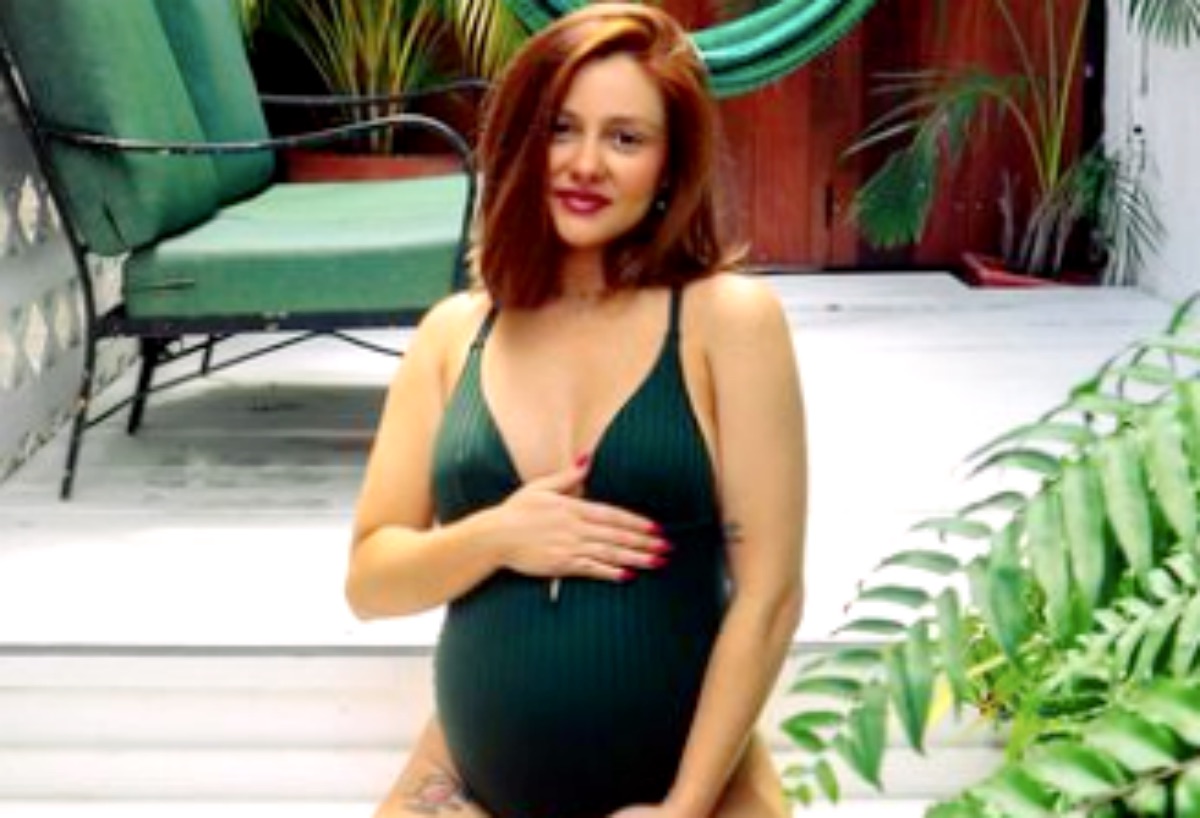 90 Day Fiancé fans didn’t take to Kara Rojer when she debuted in season 9 of the TLC show. However, she has a good attitude and seldom stays down. So, they started to like her more and more. By the time the Tell-All came along, she and Guillermo had found some popularity. When fans found out that she expects a baby, they became excited. But now that her due date arrived, the baby just doesn’t want to come out.

Kara Bass and Guillermo Rojer tied the knot before the season premiered. However, they didn’t get slammed quite as much as Corey Rathgeber and Evelin Villegas who married years ago. She met Guillermo when he worked in the Dominican Republic. But, his home country is Venezuela. Meanwhile, she hailed from Charlottesville, Virginia. Actually, the TLC couple had adopted a dog, a sure sign that their relationship had escalated.

When the 90 Day Fiancé Season 9 Tell-All aired, rumors that she expected a baby was turned into fact. Ever since then, fans have been bump-watching on social media. Actually, it turned out that Guillermo revealed his amazing talent for photography when she shared her babymoon photos. Tons of people turned out to comment on the stunning photos on her Instagram.

Kara Rojer took to her Instagram Stories on Sunday night and shared a photo of herself. In the caption, she said, that she and her husband were “enjoying a lazy, cloudy Sunday.” Is she stressed that baby has not yet arrived? Well, it seems that she isn’t too worried. Her captain also noted that they are “waiting patiently” for the arrival. Additionally,  she confessed that the due date has arrived but there was no sign that anything was about to happen.

90 Day Fiancé fans who might be worried needn’t get their panties in a twist. Clearly, Kara spoke with her doctor, because she told fans that only about “7%” of kids actually arrive on their due date. Nicely, she thanked everyone who asked about the baby. But for now, she has no news to give them. As she shared much of her pregnancy journey on social media, it’s likely that she will give the arrival a big shoutout.

TLC Fans Chat About The Pregnancy

90 Day Fiancé fans couldn’t comment on the Story that  Kara Rojer posted. However, there has been a lot of chatter on her main profile page. Over the months, fans have learned to love the joyful attitude of Kara and they love Guillermo who seems like fun to be around. Certainly, when the baby does decide to arrive, it won’t be living in a dull and stressful home.

TLC Alum Collin Gosselin Would Like A Reconciliation With Kate