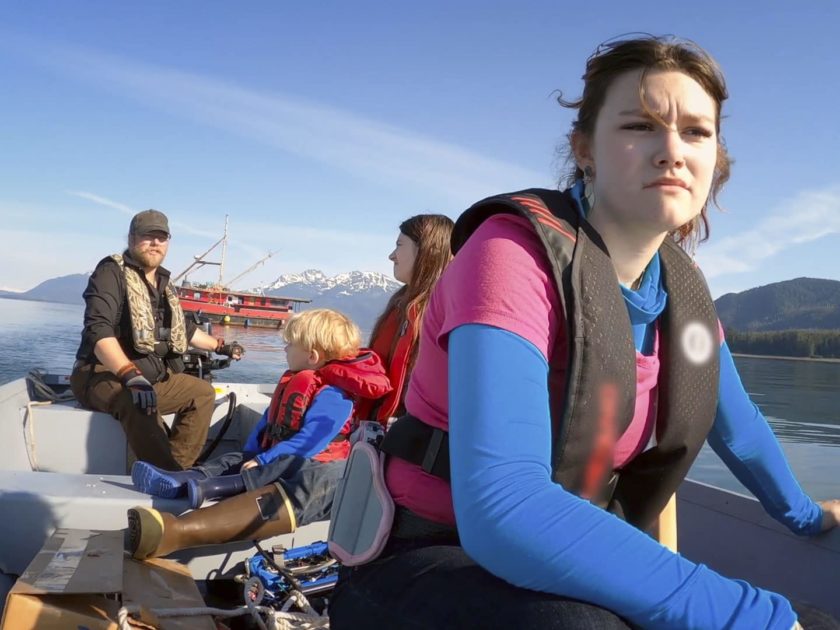 Alaskan Bush People spoilers and updates tease that this episode focuses on Noah and his dream home and property, as well as how visiting Mosman is affecting Rain.

Bird and Rain are still on Mosman, they are walking around and reflecting on memories of their parents and growing up there. Bird was the one having a hard time at first, but now, after Rain got everyone to Alaska the impact of being there is finally hitting her really hard. Bird knew the journey was going to be hard and she was prepared for that. Rain didn’t really take the time to think about how hard it was going to be, but that is probably because she has been so busy taking care of and worrying about Bird since her diagnosis and surgery. Once they leave Alaska and return to Northstar ranch, Rain seeks the professional help that she believes she needs since she never really grieved when her dad passed away.

Noah goes to the last place that he had on his itinerary and at first, he didn’t think he was going to like it because it was only 2.8 acres, but once he puts his feet down on the land, he just knows this is the place, this is his new home. It has a small cabin with breathtaking views of the tip of the island. Noah is just in love with the place, he is so excited that he calls his wife Rhain to tell her all about it. She remembers them talking about the property and although the house is smaller than she was looking for, she trusts Noah and tells him to go ahead and get it for their family. Eli is with Noah and he loves the property as well, and so does Gabe who tagged along. While on the island, Noah gives Eli a knife of his own. He knows he is still young for it, so he puts a zip tie on it for now but lets him hold it in his holster until he is older and Noah can teach him how to use it.

Back at the Northstar ranch, bear and his wife Raiven, who is pregnant, have chosen the land where they want to build their permanent home. Bear goes up the small mountain to survey the property and he is thrilled that it is good land to build on.