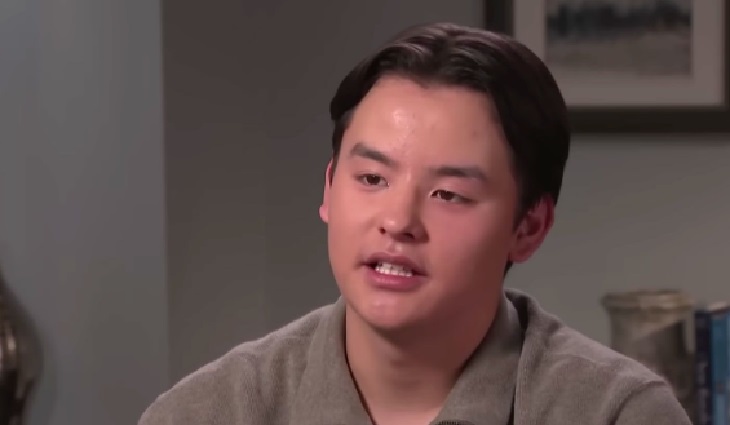 Jon And Kate Plus 8 ended when Jon and Kate Gosselin finally split from each other in a blaze of noxious toxicity. Collin Gosselin, one of the sextuplets recently opened up about his mom. Additionally, he talked about TLC and the pressure reality TV put on the family. After the article arrived on social media, some fans defended Kate. However, blogger and influencer, Katie Joy of Without A Crystal Ball reminded them of the alleged abuse of Collin. Where did she find anything that revealed Collin might have been abused? Read on to find out.

Incredibly, when Collin spoke with ET, he said that he wouldn’t mind if he could reco0ncile with his mom, Kate. For a while, he did have a mother figure to look to, but that fell away when his dad, Jon split from Colleen Conrad. That must have left Collin feeling bereft as he once sent Colleen a lovely card for Mother’s Day. Plus, he got along well with her children.

Bear in mind, apart from his sister Hannah, none of the other siblings spend time with him. These days, Hannah and her brother live with their dad and Collin doesn’t see his mom. In fact, she apparently had so little interest in him that she missed a court appearance when fighting over custody.

Jon And Kate Plus 8 fans heard that Collin said that he believed that reality TV put way too much pressure on the family. Actually, he seemed disillusioned with life, talking about how everyone seems to have “an agenda.” However, despite being sent away to an institution, he wouldn’t mind trying to get to know his mom. Will Kate Gosselin go for that? Actually, it seems unlikely, given her alleged ill-treatment of her son when he was a little kid.

Jon And Kate Plus 8 Star Accused Of Abusing Collin?

After Katie Joy shared about Collin’s recent interview, she noticed that a lot of people excused Kate Gosselin.  So, she reminded them of a report that came out about two years ago. Published by The Daily Mail, it alleged that she physically abused her son.

On Without A Crystal Ball, Katie wrote, “I’ve seen so many comments defending Kate. Perhaps we need to go back down memory lane.” Then she cited a report about how allegedly, a reporter discovered that in her journal, Kate admitted “to taking out her rage on Collin.” Additionally, Katie wrote, “[Kate] admitted to being scared that she would go too far.”

The original report by The Daily Mail in 2020, about the Jon And Kate Plus 8 mom, cited sources about the alleged abuse. Apparently, Collin Gosselin claimed that his mom liked “zip-tying him to a chair, inventing bizarre and humiliating punishments, and making him sleep in the basement.” Apparently, a therapist who specialized in trauma “concluded that Collin was suffering from trauma and chronic PTSD.” That conclusion arrived in 2018.

Those viewers who watched Jon And Kate Plus 8 and Kate Plus 8 on TLC took to the comments on Without A Crystal Ball. One follower opined, “She needs to spend some time in prison for child abuse. I watched the show and knew it was only a matter of time before Jon left her!”

However, some people hope that it isn’t true. One of them said, “Wow I hope this young man did not suffer through this.”

As Collin later also accused his dad of abusive behavior, only Collin really knows what happened between him and his parents.