‘I Am Shauna Rae’: Shauna Rae’s Stepdad Expresses Concerns About Her Safety 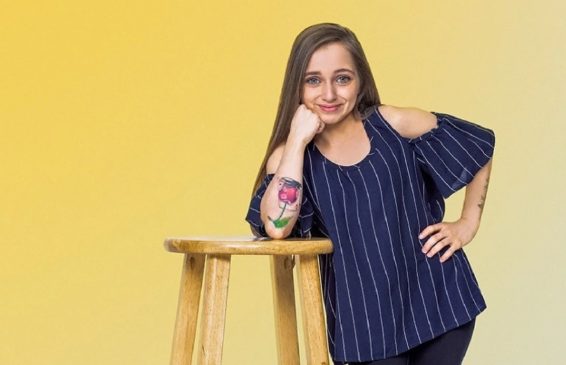 I Am Shauna Rae spoilers, news, and updates tease that Shauna Rae started to look for some houses, and her stepdad, Mark, couldn’t be more concerned.

Shauna Rae’s Stepdad States the ‘Most Important Thing’ for Her

In the newest episode, Shauna spent time with her sister Rylee and Tara alongside her stepfather, Mark, to look for potential houses in which she can soon reside. The first house they went to was under renovation and Shauna went to the details, making sure that everything is accessible to her.

However, Mark expressed his concern about Shauna being away from the family. He highlighted safety as the “most important thing” for the TLC star. “Shauna’s so tiny. It’s just something, you know, that in the back of my mind I always am concerned about – more than with you guys,” he told Tara.

In a recent episode of the TLC show, Shauna Rae decided to look for a job as she started to become independent. The 23-year-old star goes to a job interview and takes a tour of a dog facility. She states her love for animals, especially dogs, so working in the kenneling place would really mean so much to her. However, given her height, the owner gets worried as the facility got dogs that are larger than Shauna.

The Pennsylvania native understands the owner’s point of view and she shares her experiences at home when it comes to dogs that are much taller than her. “I don’t think larger and more aggressive dogs are scarier for me, I think yes, maybe I don’t want to handle them with a lead rope,” Shauna stated.

“Maybe give me a harness, but I will definitely figure the situation out even if makes me run into a wall,” she continued. In a confessional, Shauna’s sister, Rylee, shared that she has seen the TLC star with large dogs multiple times, so she believes that her sister can pull the job off.

‘I Am Shauna Rae’: Shauna Rae and Friend Thomas Go Out with Their Parents

I Am Shauna Rae Spoilers: Fans Think Her Tattoos Make Her Look Older