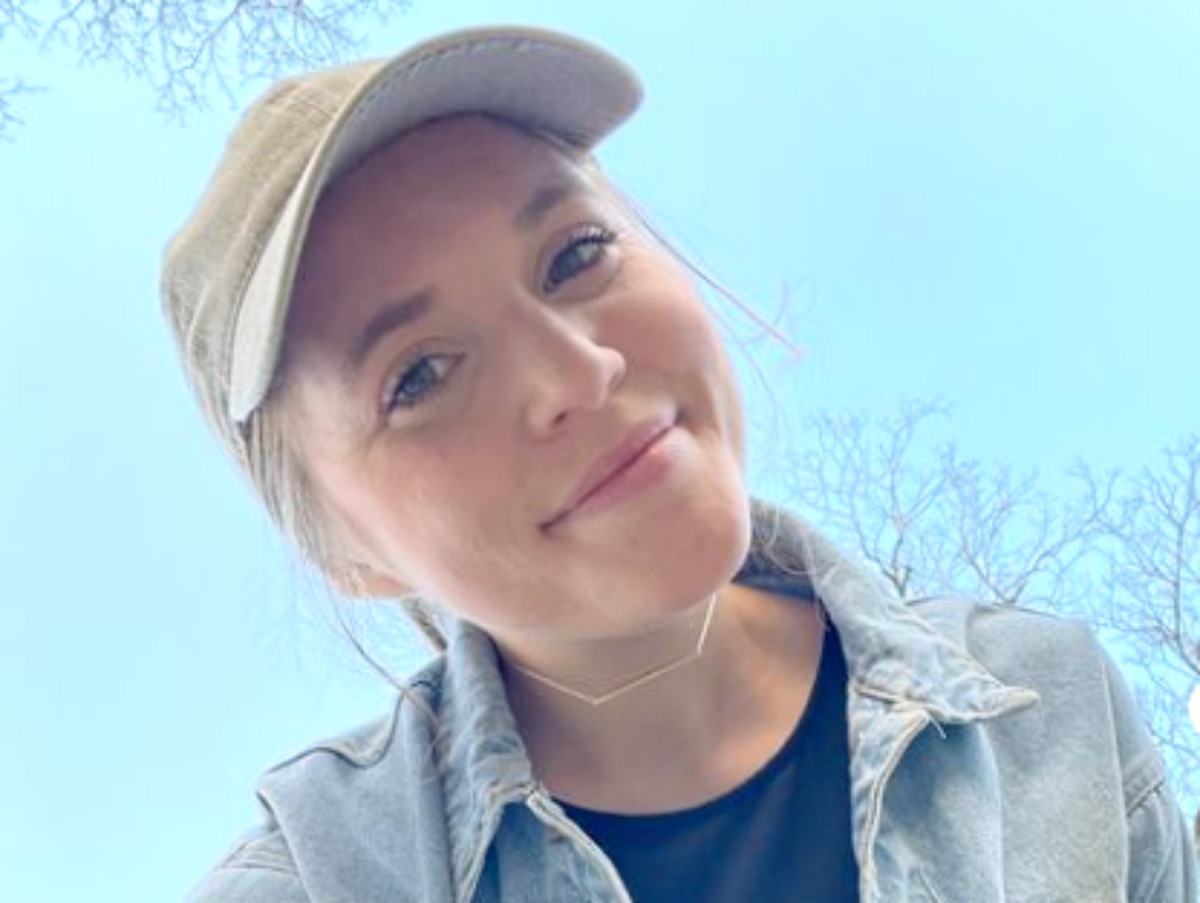 Duggar Family News reveals that Joy-Anna Forsyth has a new look, but when her husband, Austin Forsyth saw it, he was not happy with the way that it looked. Joy-Anna has never really gotten a makeover and she was ready to try something new. It all began with cutting her hair shorter than ever. This is a big change for those in the Christian Fundamentalist religion, where women are supposed to have long hair and wear it in a way that is appealing to the husband.

Joy-Anna and Austin have a YouTube channel where they share with their fans what is going on in their lives. She was very excited to share with her fans that she was going to get a haircut and she was ready to change her looks. When she finally showed off the new look, her fans applauded her for making such a bold change. Her hair turned out much shorter and looks adorable on her. Her look is much more modern and from all of the positive feedback she got from her fans, it doesn’t look like her husband likes her look at all. 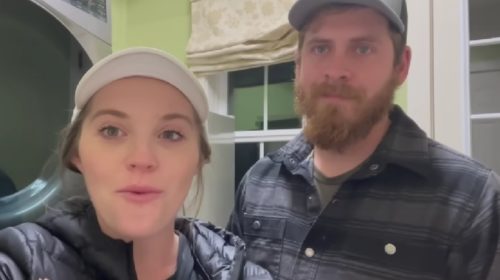 Many of Joy-Anna’s sisters still have long hair and they continue to rock the styles that their mother taught them. Those who now have short hair are seen as “rebels” in their family for not putting the wants of their husbands first. Joy-Anna, on the other hand, was ready to have short hair and a new look. She is currently pregnant and told her fans, “I’ve always wanted long hair… but I thought for the winter and this pregnancy I thought it would be fun to change it up.” When she changed her look, Austin happened to be out of town and even though she didn’t know how he was going to react, she was excited about showing him her hair. 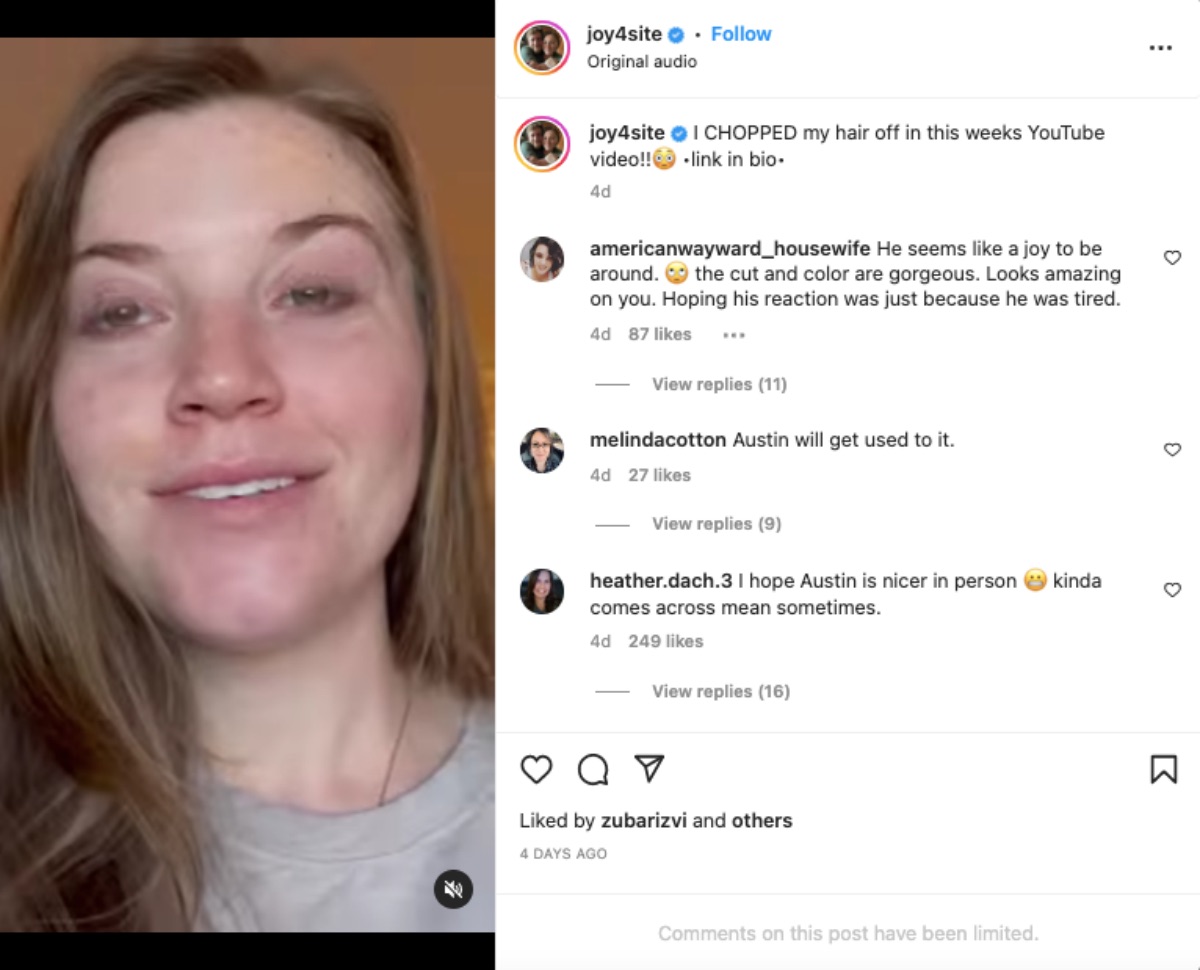 Joy-Anna told her fans that she stayed up until 1 a.m. so that Austin could see her new look. She left the camera running so that she could get his real reaction on their channel. When his reaction was captured, it was not a good one. He told her that it was too short and then said, “I don’t hate it.” Fans were quick to give Austin some backlash over his reaction.

One fan wrote, “Honestly, my heart hurt for Joy in this video. Her hair looks fantastic and she looks beautiful and she really deserved a kinder reaction.” Another wrote, “I think Austin acted like a schmuck. Austin said, ‘I don’t hate it’? How insensitive. He couldn’t tell you were excited about it and loved it and been supportive? Ugh!”

Be sure to catch up on everything happening with Outdaughtered right now. Come back here often for Outdaughtered spoilers, news, and updates.