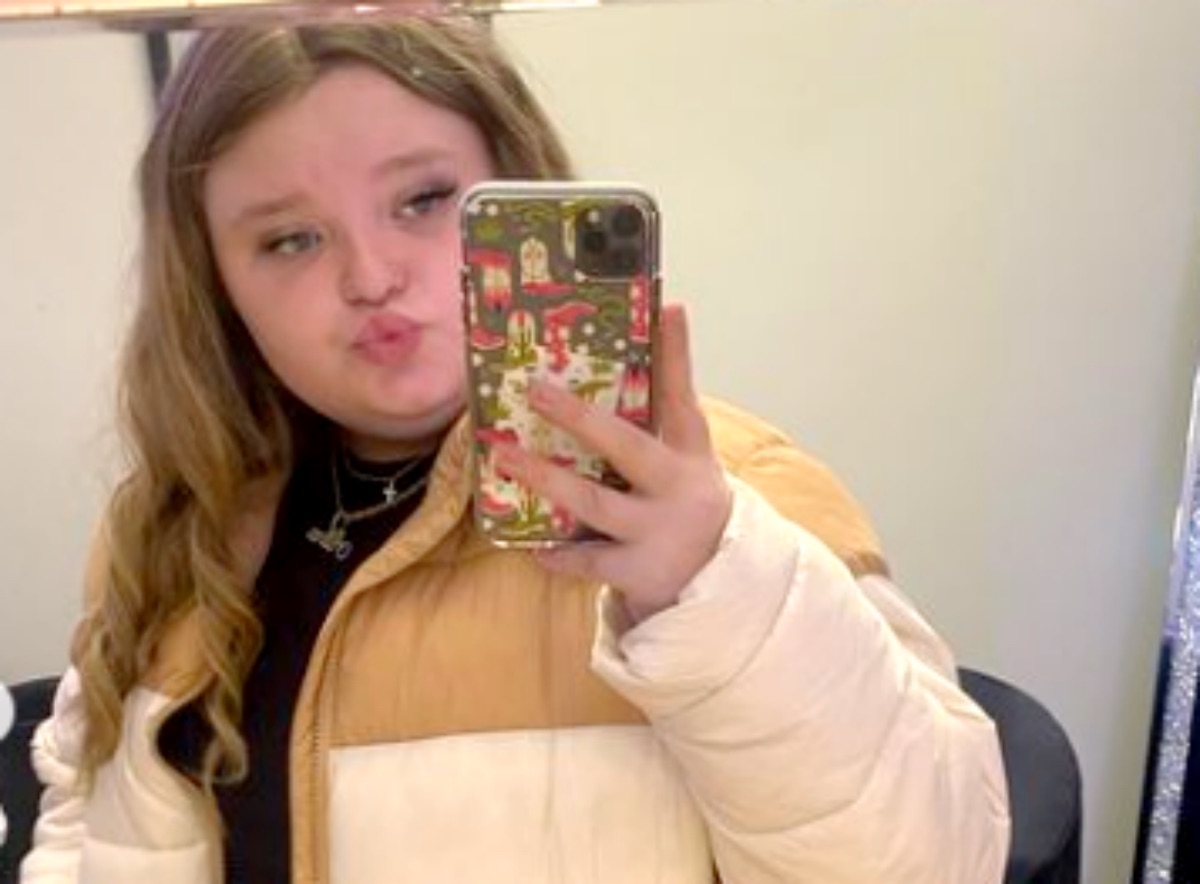 Mama June Road to Redemption spoilers revealed that Honey Boo Boo and her big sister, Pumpkin Efirds didn’t think much of their mom, June Shannon. Now, Honey Boo Boo used the word “psycho” to describe her mother. That news arrived in a live podcast where they talked about the early days of their not-very-wealthy lives.

These Days Shannon’s youngest daughter is a long way from Toddlers & Tiaras. Actually, she’s all grown up and preparing for her College studies. Meanwhile, Pumpkin Efird and her younger sister seem very close. WEtv fans know that she took over custody of her sister when their mom went off for a drug binge with Geno Doak. Actually, it sounds like their pre-reality TV life was exceptionally difficult.

Mama June fans have heard Honey Boo Boo and Pumpkin diss June Shannon a few times in 2022. Once, Pumpkin bashed her on TikTok. On other occasions, fabs of the WEtv show heard that neither of them thought much of Junels new husband, Justin Stroud. Additionally, they both seem skeptical that their mom will ever stay sober in the long run. In fact it’s amazing that they can look back on their lives and actually laugh.

This week, both young women appeared on a podcast called “Dumb Blonde.” An amazing variety of torrid tales were told about their lives as much younger kids. Way before they became famous, the pair talked about living in a filthy “trailer park,” complete with “roaches.” Anyway, when the show with little Honey Boo Boo started, things changed, but the kids never saw much of the cash coming in. Nowadays, the two sisters seem better off than their poverty-stricken beginnings. Did you know they are buying to rent their mom’s old house?

Before all of that information started emerging, the Mama June stars talked about being on the podcast. Pumpkin and Honey Boo Boo were laughing a lot: possibly a reaction they use to cope with trauma. Pumpkin talked about her mom having “mini-strokes.” That’s when her sister described her mom as “like a psycho,” adding, “her hair was all wet” as she was “running around the car park.” Pumpkin pointed out that it all went down in front of the cameras.

Mama June viewers expressed their feelings about Honey Boo Booi and Pumpkin Efird. One of them said, “Pumpkin really stepped up for her baby sister & I’m glad the siblings are there for one another. I’m certain they need each other to lean on for support in dealing with such a difficult time period under the spotlight.”

Another person commented, “I see so much of myself in the way they tell their stories. My childhood was so deeply traumatic we could do nothing but [laugh] about it. I still deal with things in the same way.”

Be sure to catch up on everything happening with the cast of Mama June: Road To Redemption right now. Come back here often for Honey Boo Boo spoilers, news, and updates.