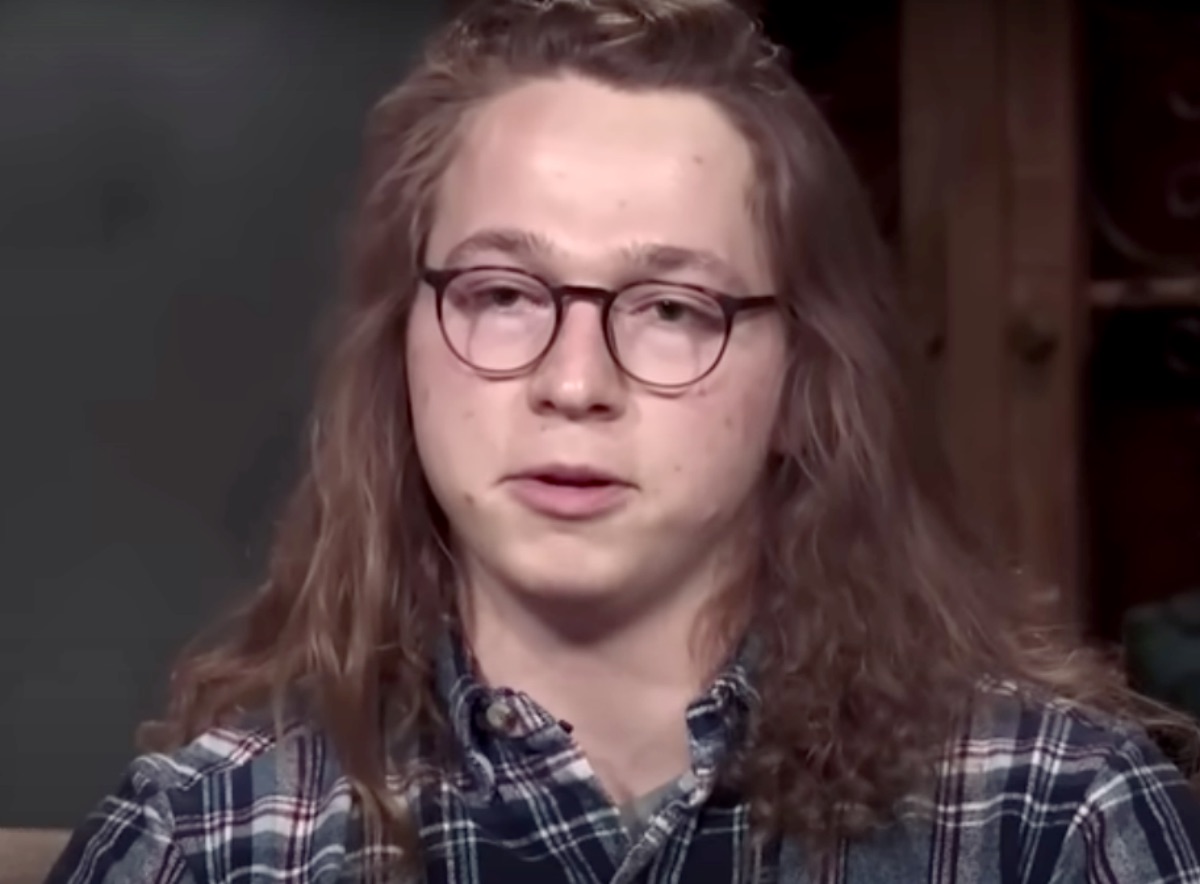 Sister Wives fans were angry with Kody Brown and heartbroken for Janelle’s son, Gabe this week. Janelle and Kody seemed to have a very sweet and considerate little boy when he was younger, but the move from Las Vegas hurt him deeply. Since then, they saw the pain growing with each passing year and this time, he broke down, weeping genuine tears.

Sister Wives Fans Hate What Kody Did To Gabe Brown

The drama about Kody Brown and covid-19 has been milked to death by TLC, viewers seem to agree. Much like the Catfish storyline, it dragged on and on. Of course, now the family is fractured and Kody gaslit his sons, Garrison and Gabe. Recall, Janelle was forced to take sides when Garrison and Gabe couldn’t or wouldn’t stay home just in case their dad wanted to pop in when he felt like it. That ended up with Kody demanding Garrison leave his mom’s place. And, he called Garrison a narcissist.

Sister Wives fans will also recall that Gabe was terribly upset with his dad’s strict rules. In fact, when Christine and Janelle Brown’s kids wanted to get together, Kody confronted his second wife. And Gabe, really upset, said that the rules were ripping the family apart. Now, in season 17 of the TLC show, things became even worse and it ended up with Gabe crying his heart out. Unlike Robyn Brown, nobody mocked Gabe for losing it.

Sister Wives Star Gabe Tried To Talk Out His Bitterness

Remember when Janelle went and picked up a rescue dog for Gabe when they moved to Flagstaff? We’re willing to bet that he wet his pooch’s hair with tears more than once over the years. When @Realiteasquad shared a clip on Instagram, many fans felt furious. Spoilers revealed that Kody still blames covid on Gabe and Garrison for not quarantining. However, the virus came in via the nanny. Anyway, there’s been a lot of friction and Kody seems estranged from his son now.

Sister Wives fans saw that Gabe felt really upset because his dad called him on his birthday. But it wasn’t to wish him a nice day. That’s because he forgot about his birthday. In fact, he called to discuss the coronavirus. As Gabe had had it, Kody was using him as a sounding board about what the other kids in the big house might go through. For Gabe, that’s all that mattered to his dad: Robyn’s family. He broke down, saying that it was the last time he spoke with his father.

Sister Wives fans who saw the scene play out were heartbroken for Janelle’s son. Actually, nobody accused him of trying to cry fake tears.

One of them said, “Ok I don’t even have children and this broke my heart. If my husband caused this much pain to one of my kids, there would be hell to pay. Janelle is a mama bear, I can’t imagine that this went over well for Kody.”

One person who really doesn’t like Kody Brown opined, “Poor Gabriel! He deserves so much better than that ramen-haired sperm donor. I hope he knows this is all on Kody and he did nothing wrong.”

Others also reached out to Janelle’s son: “Ugh as a mother this just kills me! Gabe we as your fans stand with you and your siblings and your moms. And are so sorry you kids have endured such trauma for reasons out of your control…This is just heartbreaking.”