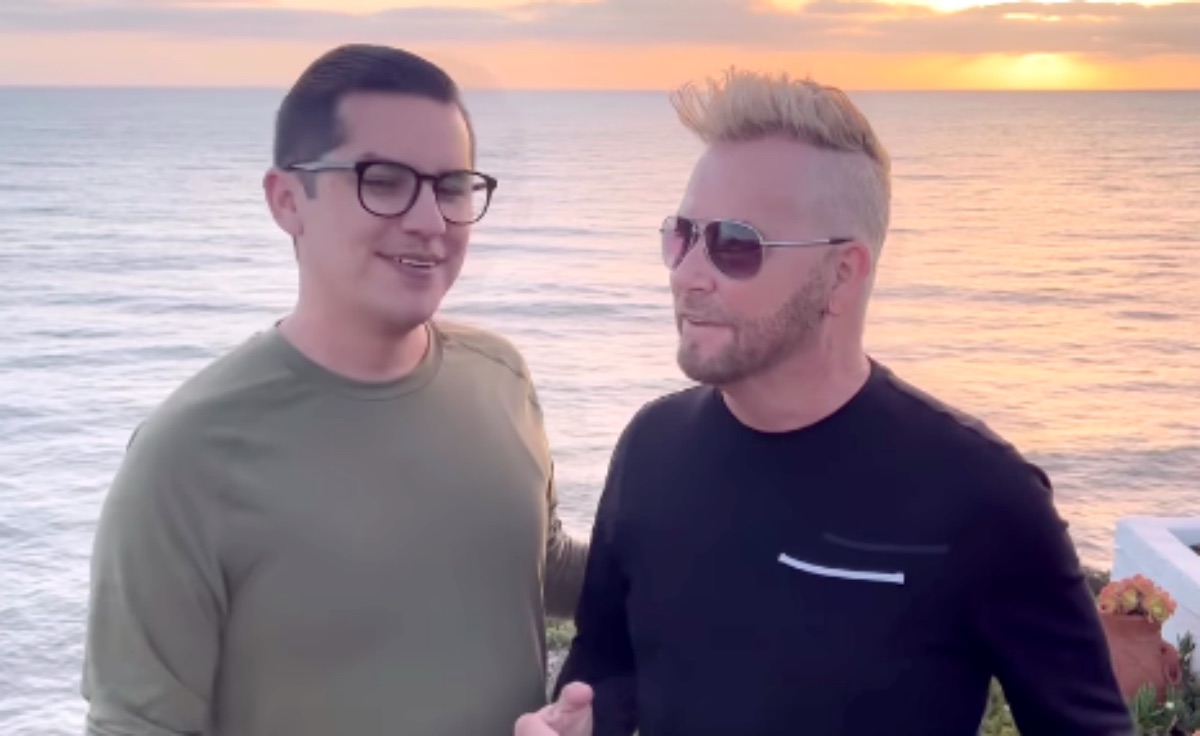 90 Day Fiance star Armando Rubio loves Kenneth Niedermeier so much, that he took on his name when they married. These days, his Instagram proudly profiles himself as Armando Niedermeier-Rubio. In recent weeks, some wonderful photos came on his social media. And this week, a stunning shot got TLC fans gushing about the love they have as a family.

When fans first met Kenny and Armando on “The Other Way,” they really hoped that they were a genuine same-sex couple. Actually, they were really disappointed with Stephanie Matto and Erika Owens, as they didn’t believe Steph was really bisexual. Anyway, it turned out that the new stars were not only authentic but they had a beautiful love story. When they married, plenty of TLC fans shed a tear or two.

Recently, Armando shared a stunning photo with his 90 Day Fiance fans. In it, he revealed Kenny and himself with their new pup, Mika the Frenchie. Many fans thought that it looked blissful as they bonded with the pup on the beach. Actually, the happiness and love on their faces were totally unmistakable. No wonder they are so popular on the show and in the spinoff, “Pillow Talk.”

On January 14, Armando tagged a photo as taken in Valle de Guadalupe, Baja California. In the photo, he and Kenny looked very loving and Hannah, who adores her two dads had her arms around both of them. In the background, fields and mountains stretched into the distance. Meanwhile, they sat on golden hay bales posed in front of an old red truck.

In his caption, the 90 Day Fiance star wrote, “Small moments. Big memories. 👨‍👨‍👧💗.” Additionally, he used the hashtags, “#family #love #happy #thebest #blessed.” Clearly, the love between the family members is very evident and not acted at all. So, TLC fans just love their love because it’s so authentic.

90 Day Fiance fans quickly took to the comments section of the post. @sharon.s942 wrote, “For sure it doesn’t take much to make special memories u can see how much u both r loving caring parents 🇨🇦.”

Meanwhile, @lisa.mlarsen13 said, “You guys are my favorite! Keep showing the world your love. We love you both. And Hannah.”

Similarly, @lucysavage109, who clearly isn’t savage at all, said, “So love your family! Totally living your best lives.”

What do you think of the photo? Do you agree that the family love between Kenny and Rubio looks warm and authentic? Shout out in the comments below.

90 Day Fiance: The Other Way Spoilers: A Coming Out Story Like No Other