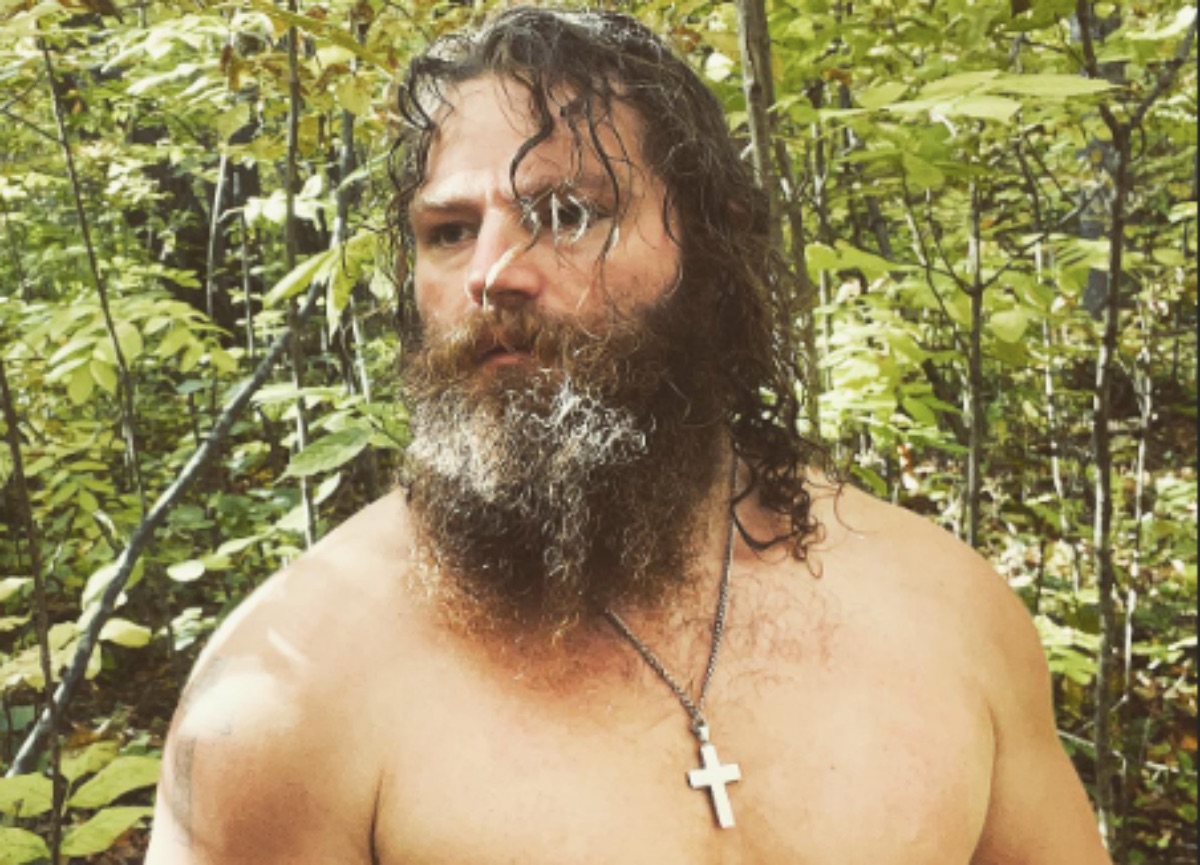 Gabe Brown has been a fan favorite since he first appeared on Alaskan Bush People. He is renowned for his upbeat and relaxed attitude, unlike that of his brothers, Noah and Bear. In the last four years, Gabe’s life has changed drastically; not only did he get married to his wife Raquell Rose, but they’ve also had two daughters together in their time as husband and wife.

His signature look with dark makeup, including notorious eyeliner, was started when Billy Brown passed away – something which impacted everyone deeply at home.

Gabe surprised fans of the Alaskan Bush People when he posted an unexpected Christmas selfie. Wearing eyeliner and posing in front of a festive tree, Gabe made sure to add his own unique twist – sticking out his tongue!

Unsurprisingly, this daring pic sparked conversation amongst followers, with one commenter even joking that it was making him look a bit crazy. With good humor, though, Gabe quickly responded, apologizing for scaring him.

Gabe also interacted with his fans in the comment section of his post. Some pointed out his weirdness, while others encouraged him to continue being “wild and free.” Another follower asked him if he posted an image about LSD. But Gabe quickly corrected him and termed it a work of art.

In the caption, he expressed how he felt about Christmas. He wrote that the most joyous time of the year has arrived. He encouraged people to appreciate the festival and the true meaning of Christmas. He also wished all of his followers a Merry Christmas. 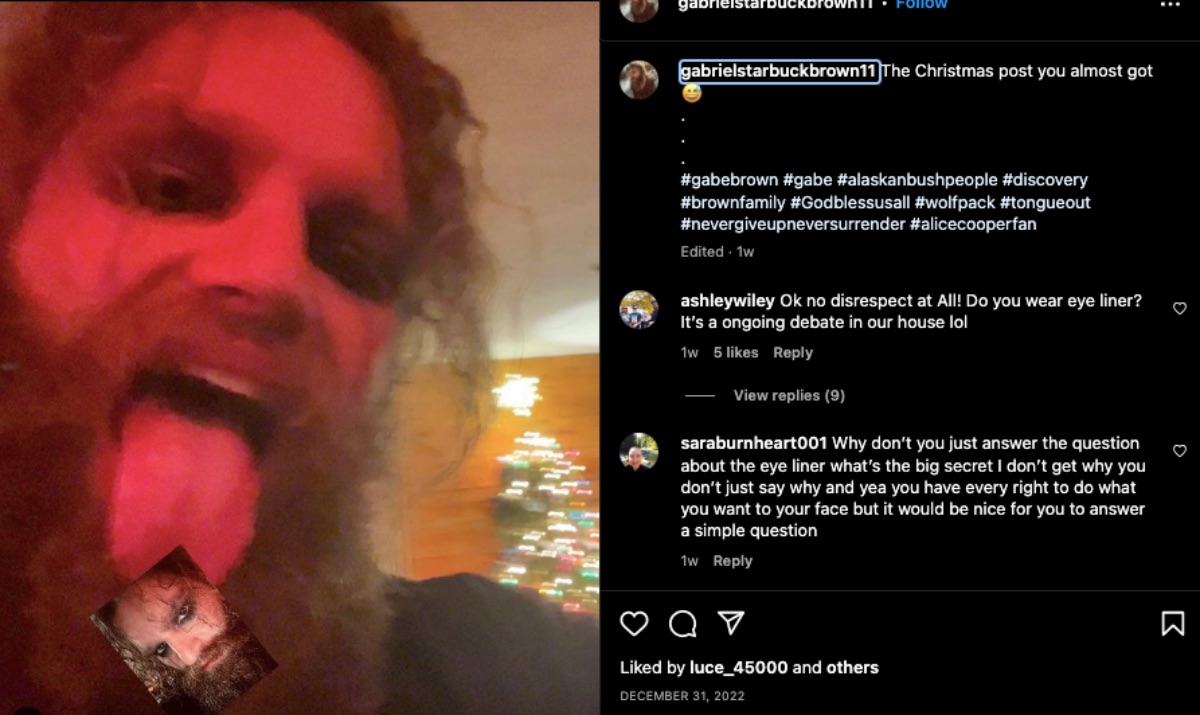 Gabe and Raquell have been together for four years. He’s not the type of guy who shares his feelings with the public. But on a rare occasion, Bear took to Instagram to talk about his wife. He said they’re going strong and also encouraged those who are single to continue searching because dreams and love will come their way eventually.

He posted two photos. The first one shows Gabe and Raquell making a heart using their hands. The other image also featured the couple but Rachell posed with her tongue out to show her piercing.