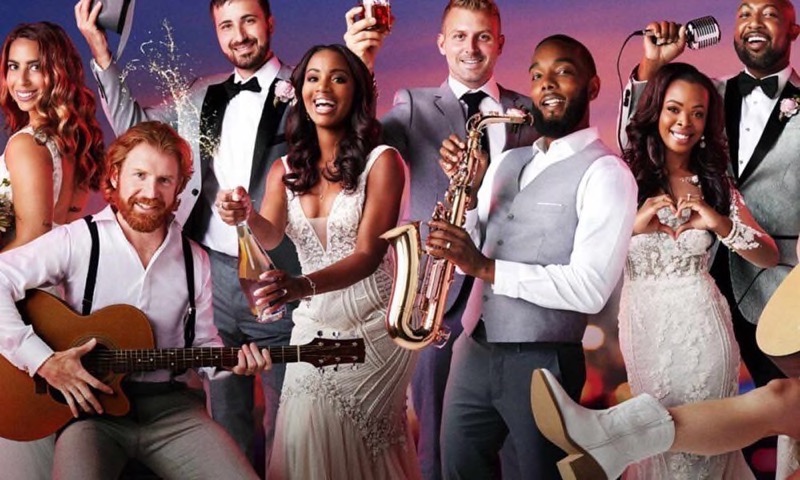 Married at First Sight season 16 spoilers and updates tease that ten people were chosen to be matched this season and the five couples are: Christopher Thielk and Nicole Lilienthal, Airris Williams and Jasmine Secrest, Clint Webb and Gina Micheletti, Mack Gilbert and Domynique Kloss, Shaquille Dillon and Kirsten Grimes.

MAFS FAN leaked a recent photo of some of the hopefuls from this season and notably, two people were missing in the photo and some couples don’t look that cozy. The photo was taken last Friday night in Nashville. The photo looks like just a bunch of friends having a good time. If it was a PR thing, all the cast would have been in the photo.

In the photo, Christopher is in the back left, and Nicole is in the front right. They look happy in the photo, like everyone else, but they are far from each other. The only couples in the photo that look cozy together are Shaq and Kirsten, he even has his hand on her shoulder, and oddly enough, Gina and Clint. Dominique is there, but Mack is nowhere to be found. Airris is also there, but not Jasmine. The only hands we can see in the pic are Nicole and Clint, and both have their wedding rings on. But, they could all be obligated to wear their rings until after Decision Day has aired.

The photo really leans towards outcomes that are different than what MAFS fans were actually expecting. Clint and Gina were not a couple whom fans thought would make it because of his admitting that he had previously had 65 sexual partners, and we have seen scenes where he has insulted Gina, not to mention the fact that the other husbands felt that maybe he took one of the strippers home with him after the bachelor party.

Mack and Domynique were an easy no. These two were horribly matched and in clips of some upcoming episodes, we see Domynique packing her things and leaving, while there are some accusations of not telling the truth.

Arris and Jasmine were also another easy no, even his sister didn’t think that he was ready to be married and usually when your family doesn’t think you are ready, 9/10 it doesn’t work.

Chris and Nicole are a wonderful couple and MAFS fans really hope they stay together. They weren’t cozy in the photo, but there is hope that the two still can make it. 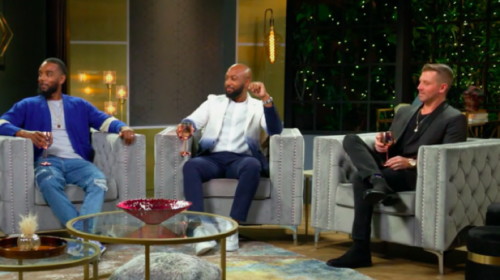 Kirsten wasn’t immediately attracted to Shaq, in fact after the wedding she said that he had already had two strikes and we all hope there were no more and this couple remained together. His hand on her shoulder is a really good sign that the two make it.

Doubling Down With The Derricos: Changes Are Coming As One Derricos Readies For A New Chapter