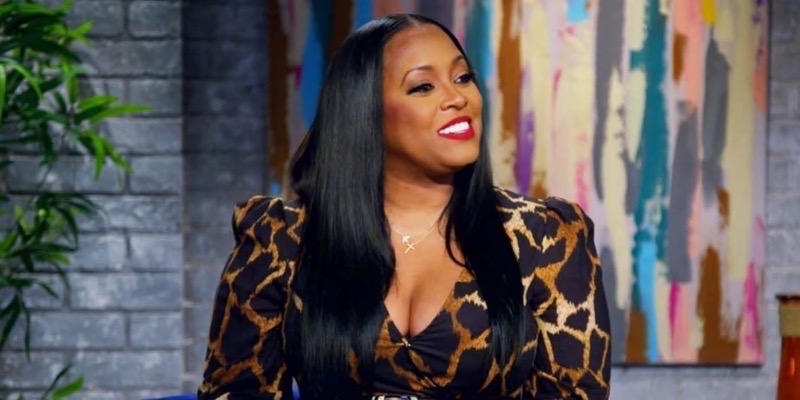 Keshia creates a safe place where the current seasons of MAFS couples can have a platform to discuss the season and she doesn’t hold back from making them accountable. Season 16’s couples are Christopher Thielk and Nicole Lilienthal, Airris Williams and Jasmine Secrest, Clint Webb and Gina Micheletti, Mack Gilbert and Domynique Kloss, Shaquille Dillon and Kirsten Grimes.

Keisha has had to deal with some pretty wild personalities. MAFS will recall that in season 14 Alyssa Ellman treated her match, Chris Collette with contempt, right after they said their vows. Her mistreatment of Chris was so bad that her own mother told her to stop. When Keshia interviewed Alyssa and called her out on her behavior, Alyssa stormed out Keshia handled the situation with grace and wished her well, and then recognized Chris for his outstanding behavior toward Alyssa’s treatment, not once did he disrespect her in any way.

Then there was Jasmina Outar from the same season, who was matched with Michael Morrency. He tried everything he could do to make the match work, but Jasmina shut down all communication and didn’t him a chance. Keshia called her out as well for her behavior. In fact, Keshia has no problem calling out the drama queens.

Now, in an odd turn of events, some MAFS fans think that Keshia should be replaced. One of the things mentioned was the fact that she focused on the “sex shot for Stacia and Nate and the vibrating panties. She kept going back and asking questions. We truly don’t need that shot.” And, another one talked about the reward ceremony, “I do like her a lot but I have to say she was kind of cringe hosting their little award ceremony 😐 I can’t see her hosting a show. I think she is very emotionally intelligent but she’s also not a very humorous person… but thinks she is. That’s what I gathered from the last episode.” 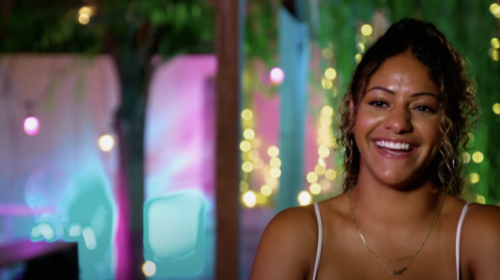 Even though some fans are thrilled with Keshia, many are. But, that might keep her on the show anyway. According to one MAFS fan, “we love KKP but something is going to change. AP latest episode was #115 with only 418K viewers those numbers are much worse than what got Jaime fired on Unfiltered.”

Let’s just hope that if Keshia does depart, Jamie doesn’t return – been there, done that.