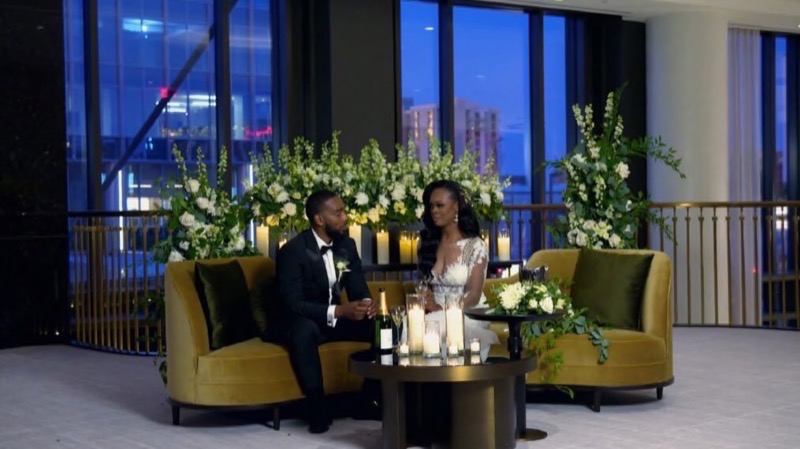 Married At First Sight Spoilers – All In The Family

Airris and Jasmine are immediately attracted to her, she loves his beard and they both love their infectious smiles. After they get hitched, they sit down to chat, and Airris is shocked that he just didn’t marry Jasmine, he also married a whole family and Labradoodles, four in fact! But then at dinner, she slips that she has nine puppies as well. Airris says that is going to practice a lot of patience.

Shaq gets interrogated by Kirsten’s friends, they ask him if he has time for their friend and he says, yes he has time for what he wants even though he has a full plate.

Domynique meets with Mack’s family and they admit they thought it was crazy. His mother tells her that she wanted her son to have a more traditional relationship, but he didn’t want that. Domynique admits that she was really nervous to meet the family, she didn’t have any specifications on race but growing up in the south, those things way heavily on her. Elsewhere, Domynique’s mother asks Mack if it is going to be a problem that her daughter is bi-racial. He says his family will be ok with it.

Jasmine’s family reveals that their sister is not a good communicator. They hope he can put his foot down because sometimes she needs that. He says he hasn’t been in a lot of serious relationships, he has never lived with a woman before. And, he is an only child, so he is used to being on his own. Jasmine is not making a good impression on Airris’ family, they think because she comes from the pageant world, she always has a well-planned out answer.

Clint tells Gina’s friends that he is elated, and her friend asks him why he thinks he is ready for marriage. He says he has learned something from each person he has been with and now he is ready for a long relationship. When asked what he is most excited about with Gina alone, he says to get to know her, even though he is a sexual creature, “but homey is not going to play that.” 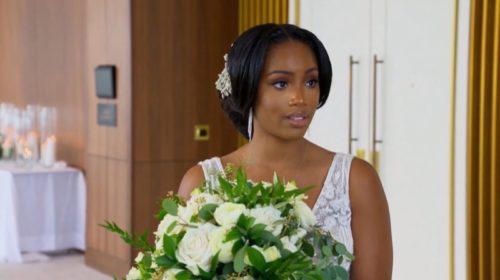 Nicole’s dad sits down with Chris and tells him his biggest concern is how he is going to treat his daughter. Is he a criminal, a scam artist, a bad person? Chris handles himself well and says actions speak louder than words and he is ready to be married.