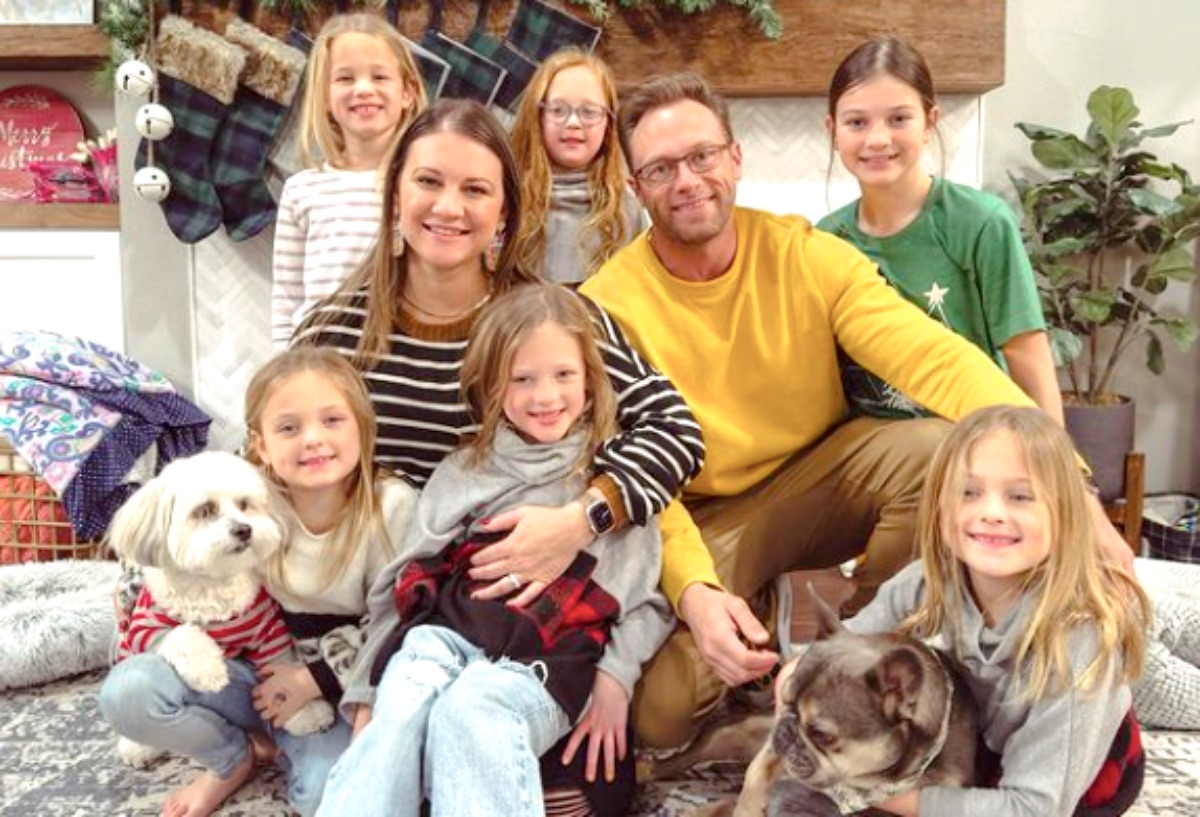 OutDaughtered fans met Beaux Busby when Adam brought him home as a gift four years ago. To say that Danielle Busby was unhappy is putting it mildly and she went off at Adam about how she already had enough to do with six kids. Ironically, she soon fell in love with the little boy dog and she loves him deeply. This year, her kids did something extra special because New Year is also Beaux’s birthday.

Last year, TLC fans saw that Danielle shared about the special birthday of the “little brother” of the six sisters. Beaux has to put up with the indignity of sometimes being made to dress up at Christmas. But on the plus side, the family always celebrates the holiday season by giving him a  gift in his own little stocking. After that, it’s New Year and they always remember the pooch’s special day.

OutDaughtered mom Danielle related last year, how Beaux enjoyed his birthday with lots of fun outdoors. Adam and Uncle Dale did the cooking and everyone had a wonderful day. Tired out, they went to bed but not before wishing their doggie the best third birthday. Wiht 2023 rolling around, he got more than that. This time, he got treated to a special outing.

Adam Busby took to his Instagram on January 1 and shared a video of the girls taking Beaux to the Petco Health and Wellness store. Blayke walked him across the parking area and when they entered the shop, he made straight for the food. There, he stuck his nose in and pulled out a bone.  Parker thought it was hilarious and knelt down to help with the selection.

OutDaughtered fans saw that Adam explained about their trip to the shop. He said in his caption, “Today was @beauxbuzz ‘s Birthday, so the girls wanted to take him out of the house!” At the shop, Beaux didn’t just get some snacks and doggie treats. He also got a really nice harness that fans now want to buy for their own pets. Adam explained that it’s ideal as it’s easier to control a dog on a harness, especially if they start to pull. So, walks look likely to feature heavily in the pooch’s future.

OutDaughtered fans quickly commented on the nice harness. And of course, plenty of them sent in birthday wishes for Beaux who just turned four years old. Naturally, others loved the bit where the furry friend grabbed out the big bone. One of them wrote, “He wanted the big bone dad 🐶🐾 Happy birthday Beaux.”

Another follower said, “Happy birthday Beau! He actually looks like he has a big smile on his face, and that he enjoyed his trip to the pet store LOL.”