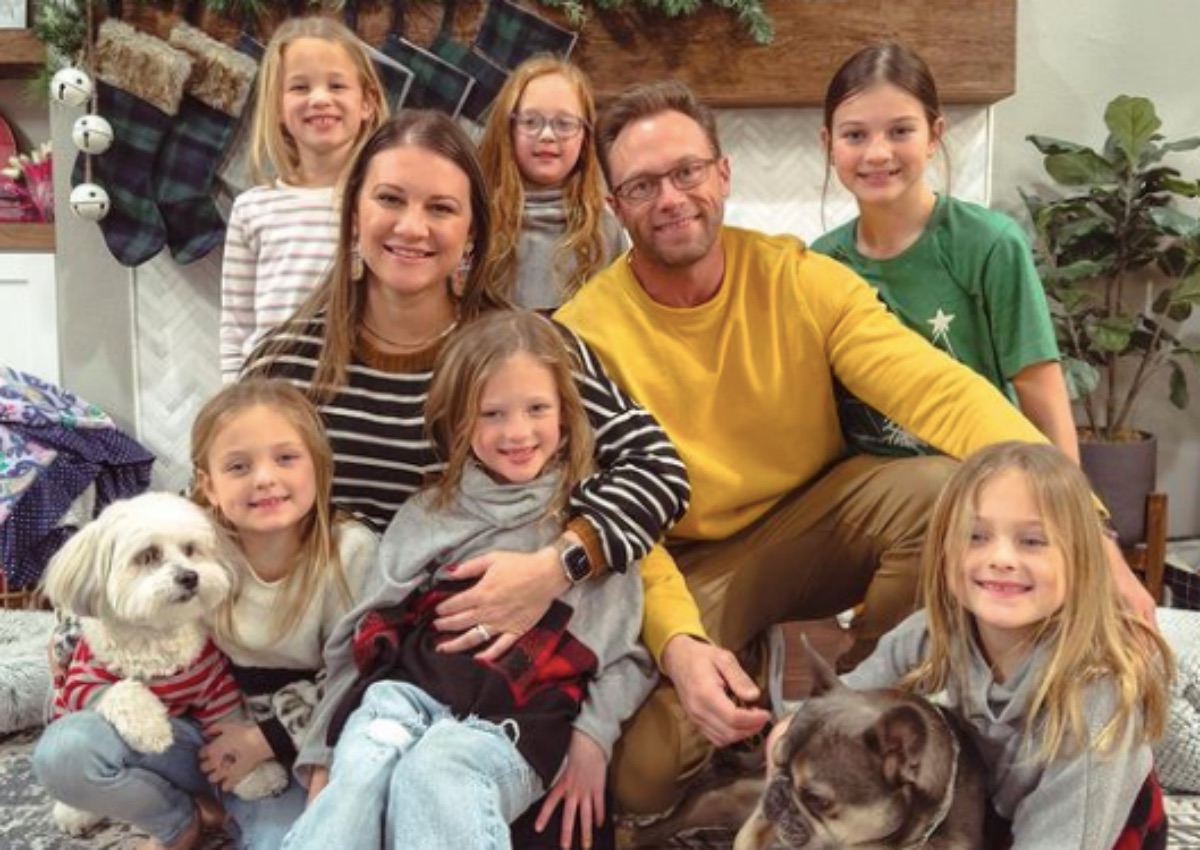 OutDaughtered fans are well aware that Riley Busby can be a temperamental child and the stress for Danielle Busby started when the quints were still babies. This weekend, the mom of six girls told her Instagram fans that she and her daughter clash to this day. Is there a way that they can get along? Read on to find out.

When the kids were tiny, TLC fans saw that Adam and Danielle had problems with Riley who bullied her sisters terribly. Although folks call the kid with innocent angelic eyes, “The Boss,” it wasn’t much fun for her parents. Or, for her sisters. In fact, on Adam’s social media posts and on TLC, fans sometimes saw that she’s quick to throw tantrums if she doesn’t get her own way.  Nevertheless, she’s a very strong personality and she certainly knows how to turn on a smile for the cameras when she wants to.

It’s not just Riley that the OutDaughtered mom sometimes gets irritated with. Actually, in December last year, she told her fans about Blayke messing her about. That came when she was busy, but received an urgent call from Blayke who’d left something behind. So, she asked her mom to bring it and then give her a lift somewhere.  But when Danielle got there, she’d changed her mind and arranged to go hang with some friends. So, she fears the day the quints get to Blayke’s age.

On Sunday, possibly Danielle had been to church because she laced her post about Riley with talk about God. She posted up a sweet photo of them together. But then, she admitted to her daughter, “The older you get, the more I am realizing you are so much like ME 🫣😬 and maybe, “just maybe” that’s why we but heads 🙀🤣😘.”

In her caption, the OutDaughtered mom described her daughter as “a strong willed child,” saying, “I got me one of those 🤣🫶🏻💜. Oh my rowdy Riley 💜.” Furthermore, she talked about God and “grace,” and how she must learn to give grace like she receives it. So, in the spirit of forgiveness and learning, she said to her daughter, “💜i do believe you are making me a better person my Riley Paige.”

Just because they clash sometimes, doesn’t mean the OutDaughtered stars don’t love each other. Danielle Busby said, “I love you SO much my rowdy one!!! and I love how beautifully and wonderfully you were made. You will do big things in this world my little love! And I’m so proud and thankful that God gave me YOU! 🤗😘.”

Remember to check back with us often for more updates, news, and spoilers about Riley Busby from TLC’s OutDaughtered.